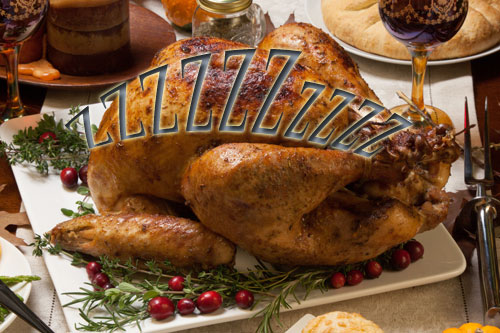 (PCM) One of the top complaints from people after a big Thanksgiving celebration is how tired they feel after consuming such a large and hearty meal. Most people blame the sleepiness on everyone’s favorite Thanksgiving food choice… the turkey.

People believed that the amino acid tryptophan found in turkey was attributed to a tired or drowsy feeling. It was thought that the tryptophan which is converted to serotonin and then further broke down into melotonin caused changes in one’s sleep cycle.

However, additional foods such as eggs, cheese, and various meats have the same levels if not higher levels of tryptophan, which in theory would make you more tired than say one plate or two of turkey.

The most likely cause of Thanksgiving drowsiness is the amount of carbohydrates and alcohol that are consumed during the holiday feast…so please everyone stop blaming the turkey!

The post The Truth About Why Turkey Makes You Tired appeared first on PCM Lifestyle.