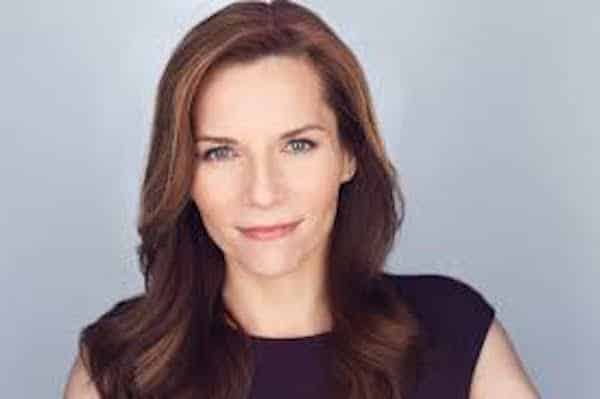 Amy Russ is talented, sweet and making herself into quite a household name. She was most recently seen in the hit television series Rise, as well as the movie Private Life. The roles were vastly different, showing off her versatility as an actress.

TVGrapevine recently talked to Amy in an exclusive interview. Below are some of the highlights from our chat.

1. Amy was thrilled to have the chance to be on Rise. On the show, she played Carol, a woman whose wife did not get along with her brother-in-law. This caused some issues within the family, so Carol was forced to be the peacemaker. Carol loved her sister, so she wanted to things to go smoothly with everyone in the family.

She really loved the character and hopes that ‘Aunt Carol’ returns in the future.

2. This year, Amy also starred in the movie Private Life. She played an admitting nurse who deals with a husband donating specimen in order to help his wife get pregnant. They have a very interesting, fun exchange that makes the movie that more interesting.

She hopes that people like the movie because it is relatable, yet brings forth a multitude of emotions. She thinks a lot of people will understand what the characters are going through, especially those who have faced the struggles of having a baby.

3. For Amy, one of the biggest joys of working on Private Life was the fact that she got to work with writer and director Tamara Jenkins. She has been a huge fan of hers for many years, particularly her movie Slums of Beverly Hills. It is her favorite movie and for her, it was an honor to get to work with someone she’s admired for so long.

4. As for other projects, Amy most recently did a reading for Team Marco. The show is about an eight year old who is obsessed with electronics who ends up sharing a special bond with his grandfather. The two of them are able to help each other and the grandfather is able to help Marco embrace life.

She is very proud to be a part of this project and thinks it is a very well done, well written script. She looks forward to seeing what people think of it once it is officially released to the public.

5. Amy thinks that fans would be surprised to learn that she is a big sci-fi geek. She also is a huge fan of horror movies and considers herself to be a computer nerd.