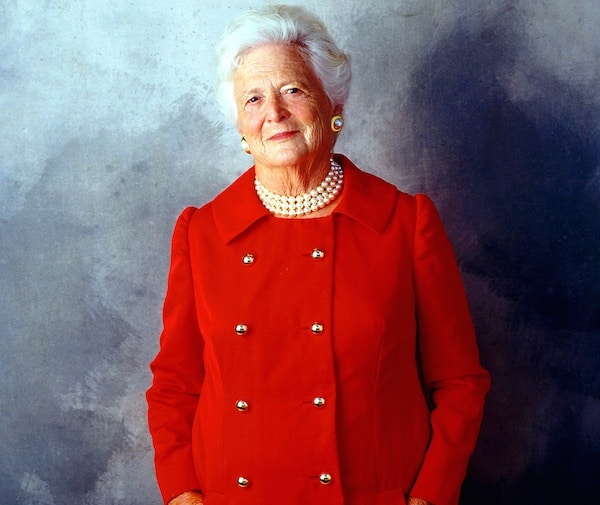 The former First Lady, who was one of two who had both a husband and son in office, recently revealed that she was stopping medical treatment for an unspecified illness. She spent her final days in comfort care.

“A former First Lady of the United States of America and relentless proponent of family literacy, Barbara Pierce Bush passed away Tuesday, April 17, 2018 at the age of 92. She is survived by her husband of 73 years, President George H. W. Bush, five children and their spouses; 17 grandchildren; seven great grandchildren; and her brother, Scott Pierce. She was preceded in death by her second child, Pauline Robinson “Robin” Bush, and her siblings Martha Rafferty and James R. Pierce. The official funeral schedule will be announced as soon as is practical.”

TVGrapevine sends condolences to her loved ones during this time.