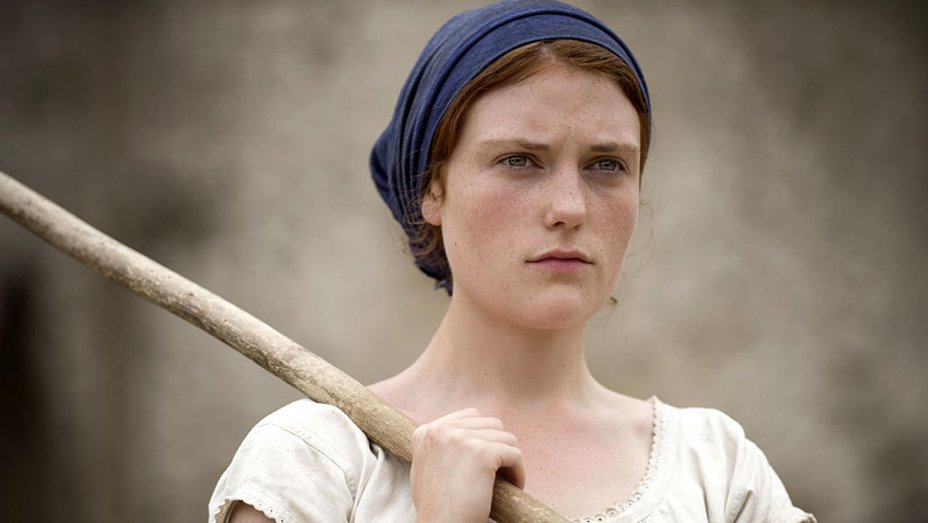 You want an old fashioned drama? Look no further, The Guardians is here.

The Guardians (Les Gardiennes) is a film set during World War I about love and loss. While the men are out fighting the war, the women of the Paridier farm have to maintain the land as they also have to worry if their husbands, brothers and sons will return home. The drama begins to pick up when an outsider, Francine (Iris Bry), comes in to help with the workload and the men come home for a short leave.

To get this out of the way, I usually do not watch many subtitled films. I’m just a slow reader and I can’t keep up with reading the subtitles while trying to watch what is going on. That being said, I did not have a problem with keeping up with this film.

For being a two hour plus film, this film does not have a lot of dialogue. It is a very slow paced film with a lot of its story told through the lens with wide shots of the beautiful French landscapes. Now the times that there is dialogue, it really counts and is as beautiful as the film’s scenery. The dialogue is a nice blend of religious verses, beautiful singing and the narration of love letters.

The drama begins early on when the men go off to war. That drama of wondering which family members will come back is the drama that lasts throughout the film. More drama starts to pick up about a little more than an hour into the film when one of the men return home and happens to fall for the new maid, Francine. At that moment is when I really began to enjoy the film. Jealousy and gossip begin to get the better of some of the members in the family and within the town and everything turns to turmoil for the women on the farm.

Being that this is a foreign film, I was not too familiar with most of the cast. It’s hard to find a film where each member of the cast performs equally and there is not a weak link. Every actor and actress in The Guardians is absolutely outstanding. Not one actor outperforms the other and there is chemistry between each interaction that is on screen.

One thing I would have like to see is more action or even more war related scenes, especially since this is a WWI film. But I get it, this film was more about the women of the farm and there are tons of war movies about the soldiers but not a lot about the women behind the soldiers. So in that sense, it’s a very refreshing take on the war. There is one action scene in the film which is a really intense scene and that alone gives you the sense that war is near and is a brutal place.

Although The Guardians is not my type of go to film, I really found it to be a really good film. It’s slow pacing may have felt like the film was dragging a bit but I can’t imagine this type of film being at any other pace. Director Xavier Beauvois did an excellent job at storytelling, capturing beautiful imagery and finding a great cast.

The post ‘The Guardians (Les Gardiennes)’ Review appeared first on Age of The Nerd.