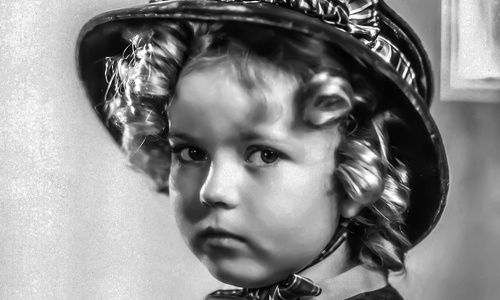 (PCM) Over the years we have all heard the tragic stories of many childhood stars who sadly outgrew their time in the spotlight and sadly faded into obscurity. Sadly, many turned to drugs and alcohol as a coping mechanism, while others continued an attempt to hold on to their fifteen minutes of fame. Some were even taken terrible advantage of and abused by the very people who were supposed to be their protectors.

Many of these child actors are thrown into the limelight, showered with love, praise and recognition, only to have their dreams crushed when they are hit with the hard reality that all good things much eventually come to an end.  You can see why all of this would take a huge toll upon one’s mental health and well-being.

Child actors are robbed of their innocence at a very young age and that is something that no matter how hard they chase after it, will never be returned. We start with an example that dates all the way back to 1934, when a young Shirley Temple, who by then was becoming a household name, at only six years old was visiting a department store Santa Claus who ended up asking for her autograph!  How is that for a sad realization?

We can also talk about poor Jodie Sweetin, who has now thankfully gotten her career back on track given the Netflix “Fuller House” reboot, however once production ceased on the the original “Full House” sitcom, Sweetin was left with no job offers, as she portrayed middle sister Stephanie Tanner and was in the middle of growing up during production. She found herself becoming an alcoholic by age 14 and moved on to harder drugs as she continued to age.

Everyone has probably heard the tragic stories surrounding child actor Corey Feldman, who played pivotal roles in films such as “The Goonies” and “Lost Boys” to only name a few. While Feldman did suffer from substance abuse problems over the years, he was also the victim of some very serious abuse in the form of pedophilia. He also revealed in later years that it was an on-going problem in Hollywood that continues to this day and both he and his childhood friend actor Corey Haim were both victims, which is what eventually led them to drug abuse.

Another child actor that was forced into adulthood way to soon was Shia Lebouf. Lebouf played the lead role on Disney Channel’s “Even Stevens” and then went on to star in the film “Holes”. At home Lebouf suffered abuse at the hands of his father and once he turned 19 began getting to legal troubles. He attacked and threatened his neighbors and was arrested for failing to vacate a Walgreens store at their request. Lebouf did appear to straighten up for a bit, starring in the “Transformers” film franchise, however he still continues to create some very bizarre art pieces online and leaves some to ponder his mental health status.

Many may not even remember the name of child actor Taran Noah Smith, however he graced television screens all over the world playing the youngest son on the hit TV series “Home Improvement”.  Smith began working on the series at age 7 and was 16 years old when the show came to an end. He had made a ton of cash working on the series and when it was over he was very misguided about how to handle his finances. He married an older woman at age 17 and ended up suing his parents for control of his trust fund. . His troubles continued when he was arrested for DUI and drug possession, which put him into rehab and on probation.

More recently we have the case of child star Amanda Bynes who was at the top of her game starring on the Nickelodeon series “All That” and then going on to WB’s “What I Like About” and other films. Bynes career then suffered a serious downfall and she appeared to have a complete and total mental breakdown. She posted nonsensical accusations and information via social media and was arrested for drug possession when she tossed her bong out of her apartment window. She announced a retirement from acting, however she stayed in the headlines in the worst ways possible by obtaining a ton of DUI charges and lighting a fire in front of someone’s property after which she was placed in a mental health facility. It is hopeful that she has finally received some of the help she very much needed.

Sadly some child stars meet a tragic end and such is the case with “Diff’rent Strokes” star Dana Plato, who was cast in the role of Kimberly Drummond at the age of 13. She began experimenting with drugs and alcohol at a very young age and was taken off the show in 1984 due to a pregnancy. Plato eventually lost custody of the baby due to her substance abuse issues and eventually ended up getting involved in pornography to make ends meet. She later discovered that she was being cheated with her money by a shady accountant and after more crimes and some jail time, she sadly died of a drug overdose at the young age of 34. Sadly, actor Corey Haim, as mentioned earlier was another child actor that passed away due to a drug overdose as well, despite many failed rehab attempts.

Finally, we look at pop star Demi Lovato who began her career starring on “Barney” before moving over to Disney Channel’s “Sonny With A Chance”. Despite the acting coming to an end and her music career skyrocketing, Lovato suffered with bullying, depression, self-harm, drug and alcohol dependence and an eating disorder. She was sent to rehab for the first time at just 18 years old. After completely rehab and residing in a sober living facility, Lovato appeared to have everything back on track, however in 2018 she suffered a relapse and nearly died of a toxic drug overdose.  She is still currently recuperating and is back in rehab once again.

As you can see the life of a child actor certainly has it’s pros and cons, however often times it appears that the bad can outweigh the good if one isn’t careful. It is important to make sure that a child actor has a trustworthy and supportive team in place that can help guide them during their time in the spotlight and later when that spotlight no longer shines.

The post Do Child Stars Lose Their Innocence Too Soon? appeared first on PCM Lifestyle.