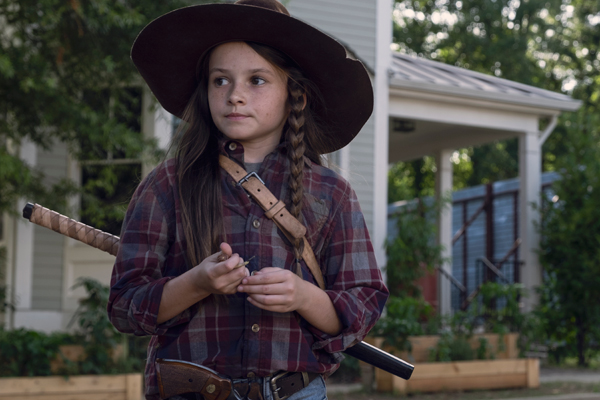 AMC has released a new trailer for “The Walking Dead” that showcases what is to come for the remainder of the first half of season 9 and we are definitely in-store for quite a few surprises.

First and foremost, there is going to be a six year time jump from the events that occurred in last week’s episode. We see a grown-up Judith Grimes, as well as, meet several newcomers who we believe serve as our introduction to the highly anticipated group The Whispers.

It also looks like many of the secondary characters are finally going to get some of their much deserved time in the spotlight. Not that we won’t be feeling the absence of our beloved Rick Grimes, but we definitely look forward to seeing some different character arcs throughout the rest of season 9!

In an exclusive interview with IGN.com, showrunner Angela Kang revealed, “This was her last screen appearance for this season but we very much have more stories we want to tell for Maggie. There’s some stuff that we’re trying to hopefully make work out, so at this point it’s for the lawyers to schedule things, but she’s wonderful and we’re very, very hopeful that we’ll be able to have more story for her soon.”

Kang also went on to say, “There’s definitely a story point to the fact that Maggie is gone, we know what the backstory is and there’s pieces of it that are dribbled out. We have a very clear idea of what she’s off doing and what’s going on, but that’s part of the backstory of the story we’ll be telling going forward.”