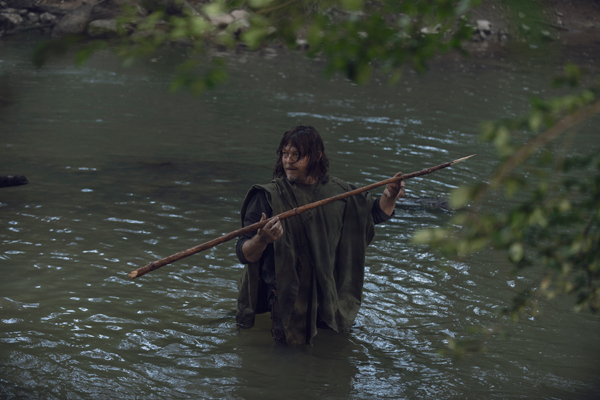 “The Walking Dead” season nine continues on Sunday, November 11th at 9:00 p.m. ET/PT. On the all-new episode, “Who Are You Now?” the survivors encounter unfamiliar faces outside the safety of their community’s walls and must decide whether or not this new group can be trusted. The episode is written by Eddie Guzelian and directed by Larry Teng.

Then late night, “AMC Visionaries: Eli Roth’s History of Horror” continues on Sunday, November 11th at 12:40 a.m. ET/PT. On the all new-episode, “Vampires,” Eli Roth discusses how modern vampires come in many guises, but they all address our fascination with sex and death. From the ghastly Count Orlok to the glam vampires of True Blood, thirsty fiends are endlessly appealing.

Executive produced by award-winning horror film director, writer, producer and actor, Eli Roth, the documentary series brings together the masters of horror – the storytellers and stars who define the genre – to explore its biggest themes and reveal the inspirations and struggles behind its past and present.

The post Tune In For All New Episodes Of The Walking Dead And AMC Visionaries: Eli Roth’s History Of Horror On AMC This Weekend! appeared first on Age of The Nerd.