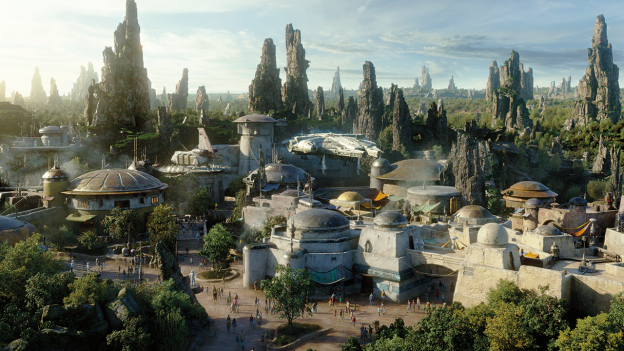 Giving Star War’s fans a special holiday present Disney has revealed a behind-the-scenes sneak peek at a few of the attractions that fans will be able to experience at Star Wars: Galaxy’s Edge.

The park is without a doubt going to be a must visit for any die-hard Star Wars fan and unique enough for even the casual fan to want to get in on the fun.

Check out the video below for a first look:

Star Wars: Galaxy’s Edge will be opening summer 2019 at Disneyland Resort in Anaheim,California and fall 2019 at Walt Disney World Resort in Orlando, Florida.

The post Disney Shares A Sneak Peek At Star Wars: Galaxy’s Edge appeared first on Age of The Nerd.