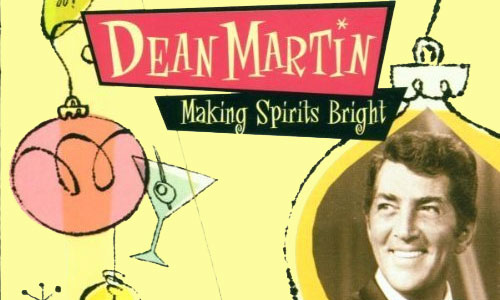 I bet Spider-Man could make a lot of money putting up Christmas lights for the citizens of New York City.

Why do birds fly south for the winter? . . . Because it’s too far to walk.

I only know “Dasher, Dancer, Prancer, Vixen, Comet, Cupid, Donnor and Blitzen” because of the song that says that I know them.

Advent starts the fourth Sunday before Christmas Day and ends on Christmas Eve.

Why does Scrooge love all of the reindeer? . . . Because every buck is dear to him!

What did one snowman say to the other snowman? . . . “Do you smell carrots?”

“I stopped believing in Santa Claus when I was six. Mother took me to see him in a department store and he asked for my autograph.” – Shirley Temple

“Aren’t we forgetting the true meaning of Christmas? You know … the birth of Santa.” — Bart Simpson

“I never thought it was such a bad little tree. It’s not bad at all, really. Maybe it just needs a little love.” – Linus Van Pelt

How do sheep in Mexico say Merry Christmas? . . . Fleece Navidad!

What if everyone is more stressed during the Christmas season because Dave is always yelling at Alvin?

Christmas: The time when everyone gets Santamental.

What do you get if you eat Christmas decorations? . . . Tinselitis!

“White Christmas” (1954), starring Bing Crosby and Danny Kaye, was the first movie to be made in Vista Vision.

“Baby, It’s Cold Outside” is kind of like the Christmas version of “Blurred Lines.”

Yorks are bigger than Junior Mints, therefore they are Senior Mints.

In the song “Rudolph the Red Nosed Reindeer,” it claims that we know the 8 other reindeer but might not know Rudolph, and in reality it’s usually the other way around.

“A lovely thing about Christmas is that it’s compulsory, like a thunderstorm, and we all go through it together.” – Garrison Keillor

Instead of “Naughty” or “Nice”, Santa has him on the “Stupid” list. #things youdontwanttohear

“Santa Claus has the right idea. Visit people once a year.” – Victor Borge

Dr Joel Poinsett first brought poinsettias to the US in 1828.

The first department store to feature a visit with Santa was the J. W. Parkinson’s store in Philadelphia in 1841.

“Christmas is the one time of year when people of all religions come together to worship Jesus Christ.” – Bart Simpson

The term “Noel” is derived from the French phrase “les bonnes nouvelles,” which means literally “the good news” – referring to the gospel.

Christmas has devoured Thanksgiving and is biting into Halloween.

What’s the most popular wine at Christmas? . . . “Do I have to eat my brussel sprouts?

More diamonds are purchased during Christmas shopping than during any other holiday or occasion during the year.

During “We Wish You A Merry Christmas,” the guests threaten never to leave until they get Figgy Pudding.

Where do you go to get holly for Christmas? . . . The Holly-land!

Veni, Vedi, Visa. I Came. I Saw. I Did a Little Shopping.

The joyful smell of Christmas in my home is a decaying tree.

Who delivers presents to baby sharks at Christmas? . . . Santa Jaws!

The traditional Christmas season begins at sundown on 24th December and lasts through sundown on 5th January. For that reason, this season is also known as the ‘Twelve Days of Christmas.’

Santa is an anagram for satan. They both come from climates of extreme temperature. They both have helpers. They both are associated with the color red. Coincidence? Merry Christmas.

I was signing the receipt for my credit card purchase when the clerk noticed I had never signed my name on the back of the credit card. She informed me that she could not complete the transaction unless the card was signed. When I asked why, she explained that it was necessary to compare the signature I had just signed on the receipt. So I signed the credit card in front of her. She carefully compared the signature to the one I had just signed on the receipt. As luck would have it, they matched.

So mom finally explained to her 18 y/o son that his father was Santa Claus… Holding back his tears, he asked “Does dad know?”

Animal Crackers are not really crackers, but cookies that were imported to the United States from England in the late 1800s. P.T. Barnum’s circus-like boxes were designed hold the cookies with a string handle so that they could be hung on a Christmas tree.

I handed the teller at my bank a withdrawal slip for $700.00 I said “May I have large bills, please?” She looked at me and said “I’m sorry sir, all the bills are the same size.”

“I get it now! Then if you GIVE, then it can happen, then the miracle can happen to you! It’s not just the poor and the hungry, it’s everybody’s who’s GOT to have this miracle! And it can happen tonight for all of you. If you believe in this spirit thing, the miracle will happen and then you’ll want it to happen again tomorrow. You won’t be one of these bastards who says ‘Christmas is once a year and it’s a fraud’, it’s NOT! It can happen every day, you’ve just got to want that feeling. And if you like it and you want it, you’ll get greedy for it! You’ll want it every day of your life and it can happen to you. I believe in it now! I believe it’s going to happen to me now! I’m ready for it! And it’s great! It’s a good feeling, it’s really better than I’ve felt in a long time. I, I’m ready. Have a Merry Christmas, everybody.” – Frank Cross  #moviequotes

Please accept without obligation, express or implied, these best wishes for an environmentally safe, socially responsible, low stress, non addictive, and gender neutral celebration of the winter solstice holiday as practiced within the most enjoyable traditions of the religious persuasion of your choice (but with respect for the religious or secular persuasions and/or traditions of others, or for their choice not to practice religious or secular traditions at all) and further for a fiscally successful, personally fulfilling, and medically uncomplicated onset of the generally accepted calendar year (including, but not limited to, the Christian calendar, but not without due respect for the calendars of choice of other cultures). The preceding wishes are extended without regard to the race, creed, color, age, physical ability, religious faith, choice of computer platform, or sexual preference of the wishee(s). Now go forth and Enjoy! – Merry Christmas Everyone!

Thank You Notes:
Always hand-written
Should be short note or small card.
Start with “Thank You”
No more than 2-3 sentences.
Final expression one of hope, appreciation, and positive!
You can say “Thank You” , “Love” or “Sincerely” right before your signature.
Doodles are fine if you are under 13, or in love.

Who is the woman you hear singing “Baby It’s Cold Outside” with Dean Martin? It took a little detective work to find the final answer(s).

There was a version with Martina McBride that was released in 2006, although Dean died in 1995. Studio magic created that version.

Many people swear it’s Doris Day, but she sang it with Bing Crosby

Dean Martin recorded the song for his 1959 album A Winter Romance, with a chorus of women, although some reports say it was Marilyn Maxwell.
The trick is in the assumption that the song that we’ve been associating with the 1959 album – it obviously wasn’t.

The version we hear with a single woman (Marilyn Maxwell) singing was recorded on 1949, and is available on “The Very Best of Dean Martin” and “Relax, It’s Dan Martin Vol Two” along with several Christmas Anthology albums.

Dean originally duet of this song with Marylin Maxwell on his radio show with Jerry Lewis called the “Martin and Lewis Show” in 1949, and that is the source of the duet.
On one of those shows, Marylin Maxwell was the guest. They did a sketch about gangsters and the sketch ended something like this:

Baby It's Cold Outside