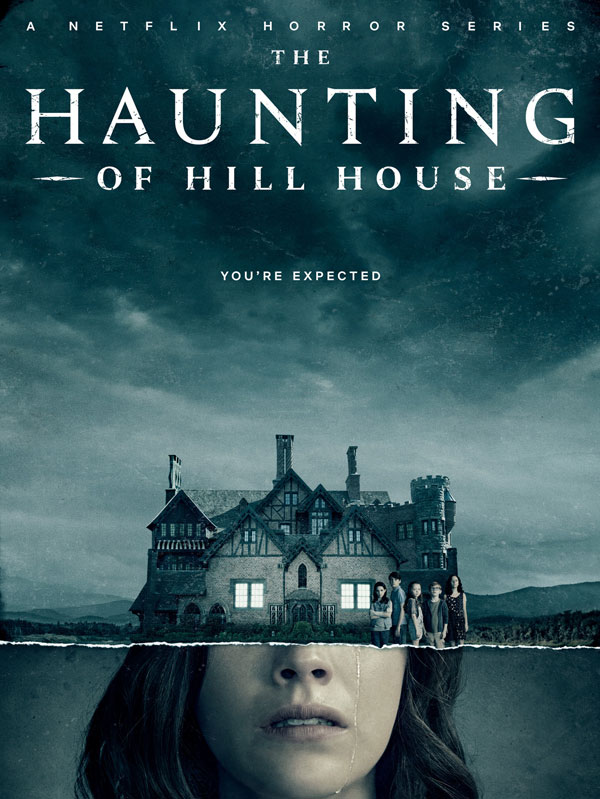 Netflix has been delivery some amazing content these past couple years, and with the recent release of The Haunting of Hill House they have another hit on their hands. The series debut on the streaming service two- month ago and has been the talk for the past couple months. I was standing at work, and literally heard four people talking about the series right in front of me. So I decided to check it out.

With the holiday season approaching fast I suggest you binge the series, before you hear from a coworker or friend, and it spoils all the fun the series has to offer. The series follows the Crain family and the horrific turmoil they must deal with after living in the haunted house. Each member of the Crain family has some terrible secret that they are keeping locked in their mind that evolved from living in the house, and the evolution of the problem rears its ugly head when one of the family members dies. And when someone dies ghosts are bound to appear.

The show had a solid ensemble of a cast Timothy Hutton, Henry Thomas, Kate Siegel, Carla Gugino, Michiel Huisman, Oliver Jackson-Cohen, and Elizabeth Reaser. The story is told in the past and present tense. The actors that portray the children in the flashback sequences do an amazing portraying their characters. The story has a lot of characters in it, and for the first few episodes it is hard as a viewer to figure out who is who, but eventually all the characters play out well in the story.

The ghost in the series are creepy, and there a few jump scares that are worth the price of admission. There is one jump scare later in the series that almost made me drop the drink I was drinking while watching the show. The series is worth binge watching. The only complaint I have is that some of the characters go into long diatribes of dialogue that almost made me turn off the show. I wish instead of long periods of dialogue that we got some more haunting interior shots of the haunted house. Or maybe another back story of one of the many ghosts, but it was a great show.

The series was created by Mike Flanagan  who is no stranger to horror with  Absentia, Oculus,Hush, Before I Wake, and Gerald’s Game just to name a few. The series has a 10 -episode run on Netflix. Go check it out.

The post The Haunting of Hill House Review appeared first on Age of The Nerd.