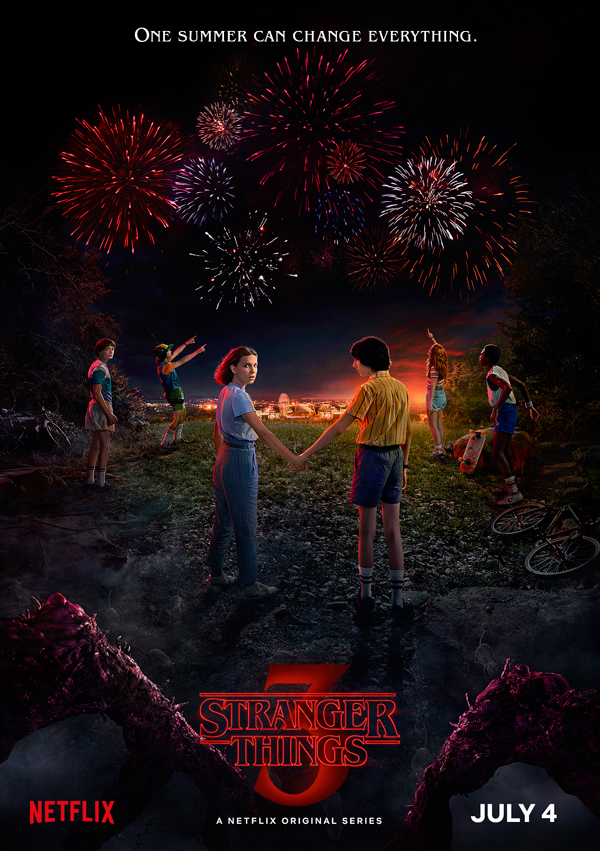 Fans of the Netflix Original series “Stranger Things” got a wonderful New Year’s surprise when it was revealed that season three will be premiering on July 4, 2019!

This will be the first time that the series has had a summer release and we couldn’t be more excited to check it out!

The tagline for the new season teases that “One summer can change everything” and given the history of “Stranger Things” we can only begin to imagine what kind of journey this season will take us on.

All we can be sure of at this point is that “something strange arrives in Hawkins Summer 1985”! Check out the announcement video below:

The post Stranger Things Season 3 Will Premiere In July appeared first on Age of The Nerd.