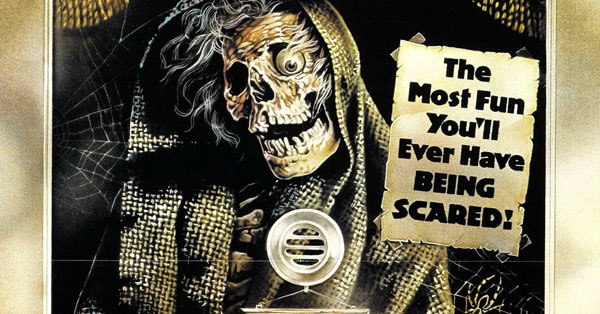 Shudder, AMC Networks’ premium streaming service for thriller, suspense, and horror, announced today that production has begun on its first long-form original TV series, Creepshow, in Atlanta, GA. Executive produced by The Walking Dead’s Greg Nicotero, the horror series is based on the iconic 1982 anthology film written by Stephen King and directed by George A. Romero.

The six-episode season will feature an adaptation of an as-yet-unannounced Stephen King story, as well as segments based on stories by other award-winning and acclaimed horror writers, including:

● “Silvery Waters of Lake Champlain” by Joe Hill (NOS4A2)
● “House of the Head” by Josh Malerman (Bird Box)
● “The Companion” by Joe Lansdale (The Bottoms)
● “The Man in the Suitcase” by Christopher Buehlman (The Lesser Dead)
● “All Hallows Eve” by Bruce Jones (The Hitchhiker)
● “Night of the Paw” by John Esposito (The Walking Dead: Webisodes)
● “Bad Wolf Down” by Rob Schrab (Monster House)

“Having the opportunity to embrace the spirit of Creepshow and expand on what George and Steve created is, without a doubt, a lifelong dream come true,” said executive producer Greg Nicotero. “Having grown up in Pittsburgh, Creepshow lives in a special place for me. I had the good fortune to visit the set as a teenager. I was able to look behind the curtain of filmmaking, and it changed me forever. I’m honored to continue telling the stories in the ‘comic book come to life’ world that fans fell in love with. This fall we will be ‘opening the coffin’ and unleashing upon the world, our demented and ghastly stories, crafted by the best in business.”

In addition to his EP duties, Nicotero will direct some of the series. Other installments will be helmed by David Bruckner, director of the acclaimed horror film The Ritual; Roxanne Benjamin, director of segments of Southbound and XX; and Rob Schrab, whose numerous TV directing credits include Ghosted and Community. John Harrison, who was the first assistant director for George Romero on the original Creepshow movie (and who also composed the film’s theme), will be directing a story he co-wrote with Nicotero.

Nicotero’s Oscar® and multiple Emmy® award-winning company, KNB EFX GROUP Inc., will
be handling Creepshow’s Creature and Make-Up Effects. “We’re thrilled to have Greg Nicotero on board to transform Creepshow into a series, featuring stories by giants in the horror field like Stephen King and Joe Hill, as well as a fantastic lineup of writers, directors and special effects wizards,” said Shudder GM Craig Engler. “This a dream series for fans of the original movies and for anyone who wants to experience ‘the most fun you can have being scared.’”

The DNA of the original movie is firmly embedded in the new series: in addition to King and Harrison’s return to the franchise, fans will recall that Joe Hill, King’s son, played comic-book-loving “Billy” in the 1982 film’s wrap-around segments. Nicotero also provided make-up effects on the 1987 follow-up, Creepshow 2, among his earliest screen credits.

Creepshow will premiere on Shudder later this year.

The post Production Begins On Greg Nicotero’s Creepshow Anthology Series For Shudder appeared first on Age of The Nerd.