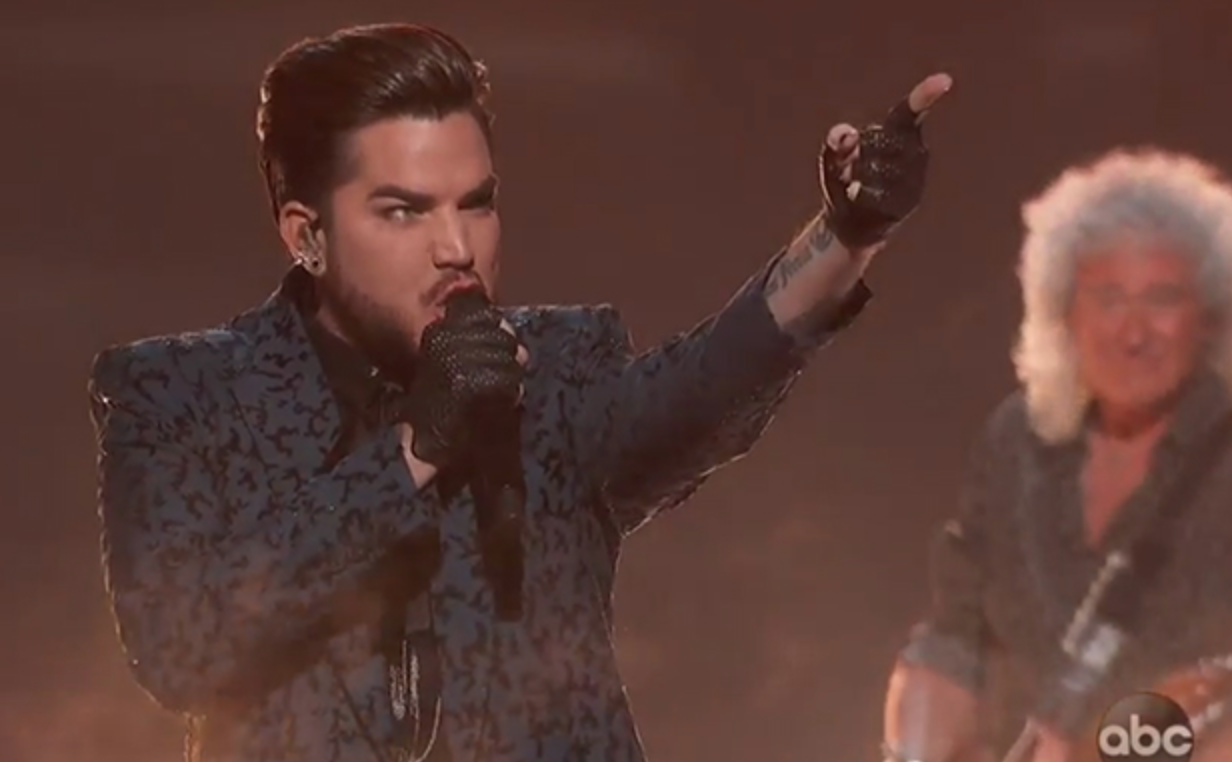 Queen and Adam Lambert joined forces for a very memorable performance on the 2019 Oscars stage with an explosive opening performance of “We Will Rock You” and a fierce performance of the iconic “We Are The Champions.” Although, the band did not perform the smash hit “Bohemian Rhapsody” we still adored the performance they gave and were shocked at the vocals on Adam Lambert. Lambert has been on vocals for Queen for years now and have been touring with them shocking crowds around the world.

During the bands performance, images of Queen’s forever spanning career panned across the screens behind the band, showing the late Queen frontman, Freddie Mercury. We think it was a great tribute that Mercury was deserving of and a very memorable performance as they opened the Oscars which has never happened before. Ending the performance with a standing ovation from the A-list guest list in attendance, we are still in shock of how incredible it truly was.

Queen launched the show in honor of the number of awards (5 Nominations) that the movie, Bohemian Rhapsody, earned including Best Picture and Best Actor for star Rami Malek (and both the film and Malek won Golden Globes last month).

Lambert performed with Queen guitarist’s Brian May and Roger Taylor in 2009 when they appeared as special guests on Adam Lambert’s season of American Idol, followed by another collaboration at the 2011 MTV Europe Awards. This then led to Lambert touring full time with Queen internationally as their frontman for years. Queen with Adam Lambert will kick off their highly anticipated, ‘The Rhapsody Tour’, throughout North America, beginning in July.

The 2019 Oscars mark one of the first Oscar Award shows without a host for the show.

Check out some footage from their performance below:

Adam Lambert and Queen kick off the #Oscars, ensuring the Glenn Close is sufficiently rocked pic.twitter.com/LMVvoALRJy

#AdamLambert and #Queen kick off the #Oscars!!! pic.twitter.com/xu3KtX0Uch

The post Queen with Adam Lambert Launch 2019 Oscars with Iconic Performance appeared first on Age of The Nerd.