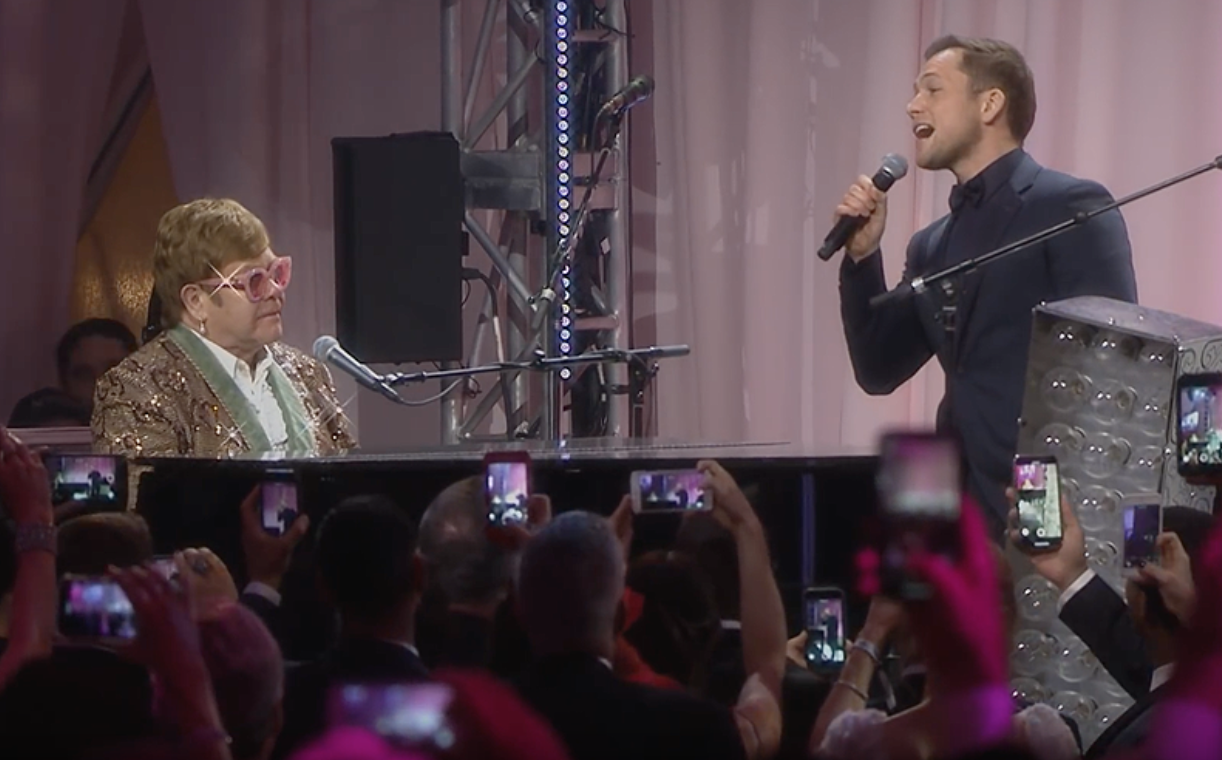 With just about 3 months until the release of the upcoming Elton John biopic, Rocketman hitting theaters on May 31st, 2019, starring Taron Egerton as Elton John in the movie. Well, Lastnight (Feb. 24th) Egerton was joined by the iconic singer and pianist Elton John for a live rendition of Elton John’s hit song “Tiny Dancer.” This collaborative performance took place lastnight at Elton John’s 27th annual Elton John AIDS Foundation Academy Awards Viewing Party. The special event gala raised over $6.3 million for the global efforts to end AIDS, with Rocketman star Egerton auctioning off a trip to attend the Rocketman premiere in London.

The biopic film will showcase Elton John’s beginnings, starting when he was a prodigy at the Royal Academy of Music and continuing to when he reached global stardom through his influential, enduring musical partnership with his songwriting collaborator Bernie Taupin. It will look at the performer’s career and take us on the sparkling journey that is Elton John’s life.

See the performance of “Tiny Dancer” by Elton John and Taron Egerton below: