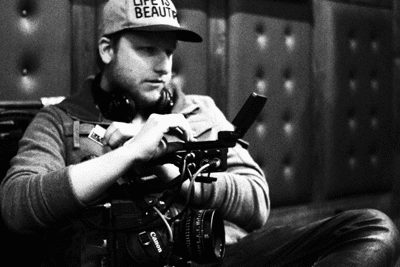 Aaron Kunkel may not be a household name quite yet, but he is well on his way. The director has worked on several projects in the past, including The Moment, Kings of Conversation and Days Past.

Now his latest movie is getting ready for its world premiere. He collaborated with former *NSYNC member Lance Bass to create Boy Band Con: The Lou Pearlman Story. The documentary dives deep into the life of former music manager Lou Pearlman, who was responsible for bringing us music acts such as *NSYNC, Backstreet Boys and O-Town. While he helped make a mark in nineties music,  there was a darker, more sinister side of him that impacted the lives of many of these musicians.

In a recent interview with TVGrapevine, Aaron talked about how he was surprised by some of the stuff that came out during the filming of the movie. He thinks it is a very powerful story and is glad they were able to tell it without being scandalous. He was also glad we got to hear stories from other musicians, rather than just the main ten (*NSYNC and Backstreet Boys) that were the center of the music industry (and Pearlman’s  life)at the time.

Their biggest goal was to share all sides of the story, and thinks that they succeeded. While the main focus is on Pearlman’s fall from grace, we also got to see the impact it had on each musician and their families. He feels as if the documentary will open the eyes of others and thinks that people will be surprised by a lot of what is revealed. He added that once the movie wrapped, others who were involved with Pearlman wanted to tell their stories, despite not being ready for the initial movie. There are no plans to make a sequel, but never say never! (He also LOVED working with Lance’s mom, the sweet and adorable Diane Bass!)

Aaron will continue to succeed in everything that he does. This movie is only the beginning of what I can predict is a very successful career.