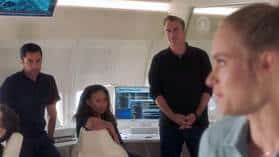 When a famous popstar’s younger sister gets taken for ransom, Kit “Kick” Lannigan (Leven Rambin) and John Bishop (Danny Pino) uncover some shocking secrets within the star’s inner circle. As the case unfolds, the team realizes the perpetrator may be closer to the family than they initially realized. Meanwhile, Frank (Chris Noth) worries that the mental and emotional demands of the job might be too much for Kick to handle. The all new episode, “Family Photo,” airs Wednesday, April 3 at 9/8c on WGN America.

The post Gone Preview For 5/3/19 appeared first on TV Grapevine.