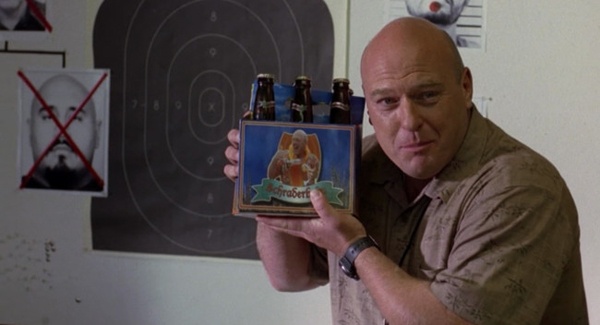 Patience is key and for fans of the hit AMC series “Breaking Bad” patience has paid off and we will soon be seeing Schraderbräu Beer hitting liquor stores near you!

The Schraderbräu Beer was made famous in “Breaking Bad”, as in the show Hank Schrader – played by actor Dean Norris – is an agent with the DEA, the US anti-drugs agency, and is investigating a certain Heisenberg. But once his working day is over, Hank Schrader explores his passion for beer by producing his own lager: Schraderbräu.

Fans have been dying to get their hands on Schrader’s famous brew and now their dreams are finally coming true. In an interview with Esquire magazine, Dean Norris spoke about the development of the project, which began in 2009. In the end, it’ll be the series’ tenth anniversary – and pressure from fans – which will have finally prompted the production of this beer, which had remained fictitious until now.

He said, “It took a long time to find the right brewery. I knew if I put out a beer, it’s gonna get a lot of scrutiny—I don’t want people going, ‘Ah this is crap.’ We finally got one that made a really fantastic beer.”

Norris goes on to say that the first batch of the beer will be available in May, but there was also be an “Oktoberfest” winter edition coming soon as well. As for the brewery, Dean Norris eventually opted for Figueroa Mountain Brewing Co., located in California. Darn, we were so hoping it was in New Mexico!  But this will do!

We can’t wait to give it a try, as well as, tune in for the upcoming “Breaking Bad” film that is set to be released soon and will focus primarily on the life of Jesse Pinkman.

The post The Wait Is Over! Schraderbrau Beer Will Soon Be Available In Stores! appeared first on Age of The Nerd.