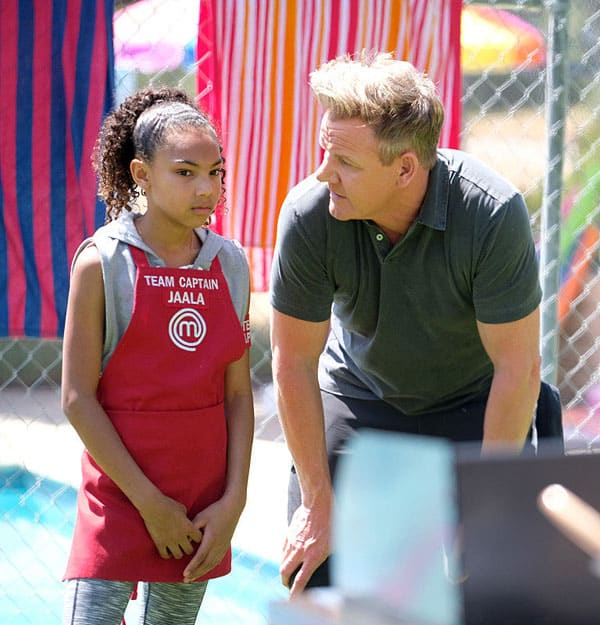 To become America’s next Junior MASTERCHEF, the top 14 home cooks head to the great outdoors for a chicken cookout; 51 hungry campers at the KIDS CAMP MASTERCHEF will decide which dish reigns supreme and the winning team’s recipe will be featured in Family Circle Magazine! The losing team will be faced with a coconut cream pie pressure test that proves to be not as “sweet” as it may seem. Find out who’s MASTERCHEF dreams will go up in flames in the all-new “Junior Edition: Camp MasterChef” episode of MASTERCHEF airing Tuesday, April 16(8:00-9:00PM ET/PT) on FOX. (JRM-707)