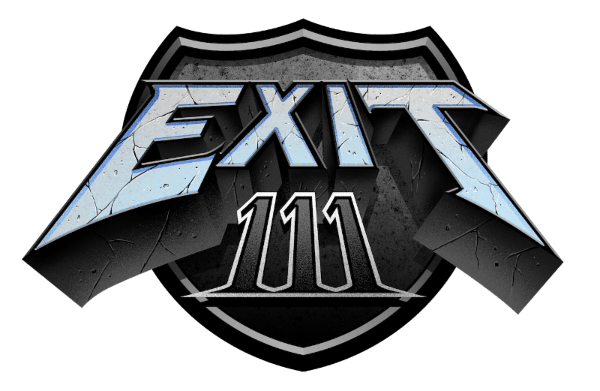 Produced by C3 Presents and AC Entertainment, the massive footprint of the festival site–known to millions as the home of the Bonnaroo Music & Arts Festival–will be transformed into a rock and roll playground with the all-star line-up appearing on three stages with 12 hours of music daily, camping and a variety of activities tailored specifically to concert-goers. This marks the first-ever event, beyond Bonnaroo, to utilize the 700-plus acre farm. On site adventures include Paranormal Cirque (an R-rated crazy yet fun fusion between circus, theatre, and cabaret in perfect harmony with the evolution of a show that brings you back to when we dream…and when we had nightmares and fantasies), the first annual EXIT 111car show, Red Bull motocross demonstrations and a mega sports bar airing full sports coverage throughout the weekend, with more activities announced soon.
The EXIT 111 line-up (as of 4-23) is as follows:
Guns N Roses, Def Leppard, Lynyrd Skynyrd, Slayer, ZZ Top, Deftones, Ghost, Megadeth, Coheed & Cambria, Lamb of God, Mastodon, Seether, Alter Bridge, Gojira, Cheap Trick, Blackberry Smoke, Black Label Society, Ministry, Skillet, Nothing More, Sleeping With Sirens, Of Mice and Men, Thrice, White Chapel, Power Trip, Black Stone Cherry, Fever 333, Graveyard, The Cadillac Three, 10 Years, From Ashes to New, Tyler Bryant and the Shakedown, New Years Day, Alien Weaponry, Bishop Gunn, Dead Sara, Plague Vendor, Dirty Honey, Tetrarch, Watermox, Kyle Shutt, and O’Brother.
For EXIT 111, festival promoters have teamed with Seether frontman Shaun Morgan‘s Rise Above charity. Beyond having one of the festival stages named as the Rise Above Stage, EXIT 111will donate $1.00 from every ticket sold to Suicide Awareness Voices of Education (SAVE). These efforts will assist in raising funds for the charity’s life-saving suicide awareness efforts which started at Rise Above Festival.
EXIT 111 weekend passes and single day tickets go on sale Thursday, April 25 at 12:00 PM (ET). A special pre-sale launches Tuesday, April 23 at 9:00 AM (ET)-Wednesday, April 24 at 11:59 PM (ET) via the festival’s website. A variety of ticketing options (GA, VIP, four-pack, military discounts, and payment plans), add-ons, camping and parking options, can be found here. Children under 10 are free with paid accompanied adult.
https://www.exit111festival.com/
https://www.facebook.com/Exit111Fest/
https://www.instagram.com/exit111fest/
###
About Rise Above
“I started this cause as a tribute to anyone who has lost someone. If Rise Above does something to help one person reconsider the tragic choice of suicide, then it will be the greatest success of my career.”
–Shaun Morgan
Shaun Morgan, founder and frontman of the multi-platinum selling rock band Seether, founded Rise Above in 2012 in honor of his brother who died by suicide. The Rise Above Festival which ran for 5 years in Bangor, ME was the largest suicide prevention event in the world.  Morgan was honored in 2016 with the “Artistic Expression” Award from the National Council for Behavioral Health at the Awards of Excellence in Las Vegas.
About SAVE
SAVE is the leading national nonprofit suicide prevention organization working to prevent suicide through public awareness, education and training. They develop best-practice-endorsed materials used around the world and are the only national suicide prevention organization to have developed an evidence-based program for schools. They also work with suicide survivors left behind after a suicide. Led by Executive Director Dr. Dan Reidenberg, SAVE has been certified by Best Charities of America as meeting the highest standards of accountability and responsibility for nonprofits. Of the 1 million charities in the country, only 5% meet the standards and less than 2,000 have been awarded the certification seal. Shaun Morgan’s dear brother Eugene lost his life to suicide in 2007. This cause means the world to him. SAVE representatives will be on site at Exit 111 with reading materials and exclusive SAVE merchandise available to purchase, with proceeds going directly back to the life-saving work they do.
RISE ABOVE
https://www.facebook.com/riseabovefest/
https://twitter.com/Rise_Above_Fest
https://www.instagram.com/rise_above_fest/
SAVE
https://twitter.com/SAVEvoicesofedu
https://www.facebook.com/www.save.org/?ref=ts
https://www.instagram.com/savevoicesofedu/