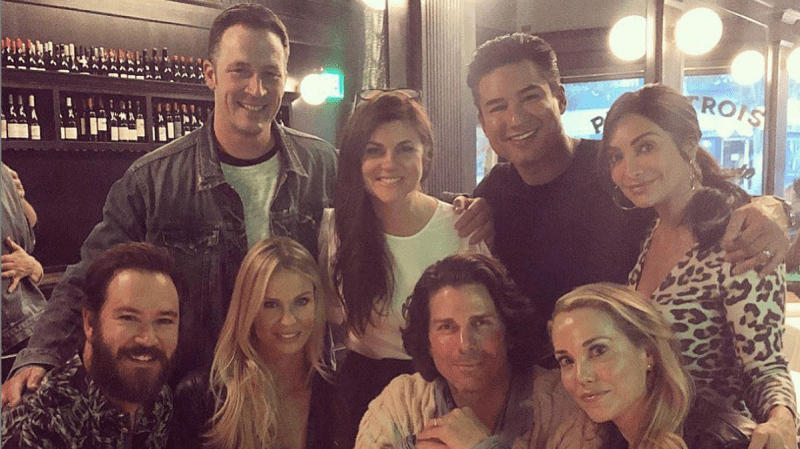 Gosselaar starred in The Passage which just concluded its first season on Fox. The show was received well by fans and critics, averaging over 6 million viewers per episode. Thiessen currently stars on the Netflix original series Alexa & Katie. From 2009 to 2014, she starred as Elizabeth Burke on the hit USA series White Collar. Lopez is currently a host on Extra, and has hosted several shows over the last decade.

Notable absentees were Lark Voorhies (Lisa Turtle), Dustin Diamond (Screech), and Dennis Haskins who played the beloved Mr. Belding. In 2012, it was revealed that Voorhies had been dealing with bipolar disorder. Diamond alienated himself from the rest of the cast with the release of his 2009 memoir Behind The Bell. Former co-star Gosselaar dismissed the book as “fiction.” Diamond got himself into serious legal trouble in 2014 for allegedly pulling a knife on someone during an altercation at a bar in Wisconsin. He served three months in prison, and was arrested again after his release in May 2016 for violating his parole.

Hopefully, fans can expect more reunions (perhaps with more of the cast) in celebration of Saved By The Bell‘s upcoming 30th anniversary this summer.

The post ‘Saved By The Bell’ Cast Reunites Ahead Of Show’s 30th Anniversary appeared first on Age of The Nerd.