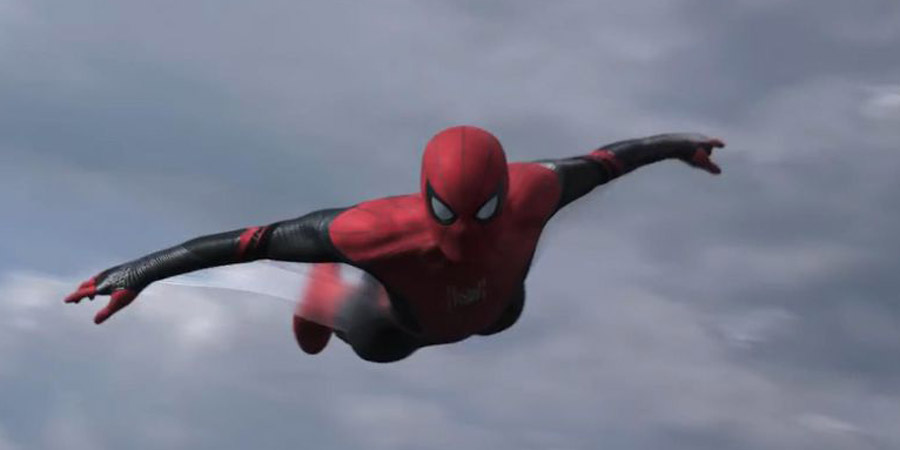 The first trailer for “Spider-Man: Far From Home” has just been unveiled and it begins with with a spoiler warning from actor Tom Holland warning fans that have not yet seen “Avengers: Endgame” that they not want to view the trailer, as it contains so major spoilers in regards to what is coming up for the Marvel Cinematic Universe.

The film will be bringing Peter Parker fully back into the MCU, but there are definitely quite a few other shockers included within the trailer. The film will pick up right after the events of “Avengers: Endgame” and everyone that Thanos had destroyed are now alive and well and many are just doing their best to get back to some semblance of a normal life.

Peter is doing so by going on a class trip to Europe with a bunch of his fellow students when he comes face to face with Nick Fury who needs his assistance handling a group of new elemental villains who seem determined on using their powers to cause chaos in various cities.

Peter is forced to team up with Quentin Beck (Jake Gyllenhaal), a new hero with magical abilities to stop the elementals. But at one moment in the trailer, Fury says something very important about Beck that fundamentally changes his role in the movie—Beck, Fury explains, is from Earth, just not ours—there’s a multiverse. And the plot thickens …

Basically, it seems that Beck is from an alternate Earth and due to either Thanos or Tony Stark’s time “snap” a hole was torn between the dimensions, leaving a huge multiverse situation. It appears that removing the Infinity Stone from the past, despite the fact that they were later returned, created a ton of different alternate realities, messing with even the current timeline. The Russos have gone on the record as stating that when Captain America makes his final time jump at the end of Endgame in order to live out the rest of his life peacefully, he doesn’t simply go to the past in order to be with Peggy Carter, he hops into a completely different dimension.

So can all these realities exist simultaneously? That is going to be the major question and what is ultimately going on in each of these realities could pose even bigger issues for our favorite superheroes in future films. “Spider-Man: Far From Home” will be hitting theaters on July 2nd!

The post First Trailer Unveiled For ‘Spider-Man: Far From Home’ appeared first on Age of The Nerd.