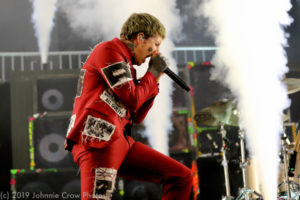 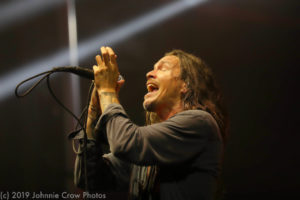 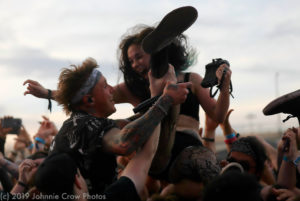 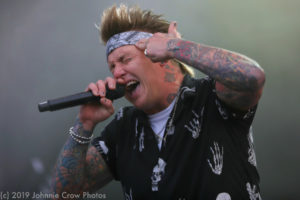 Sunday, May 5, 2019, AKA Cinco de Mayo, was Day 3 of Welcome To Rockville. The gift to patient festival goers was Tool introducing two new songs, but patience was necessary, as a massive thunder and lightning storm swept through Jacksonville, delaying the opening of gates for almost 4 hours. Unfortunately, some of the acts had to be cancelled, including The Glorious Sons, Dorothy, While She Sleeps, Shvpes, The Dirty Nil, and Hyde. Shvpes was able to put on an impressive acoustic show on the Zippo Sessions stage. The city waived the curfew once again, allowing the show to go on until midnight, featuring Tool, Incubus, Bring Me The Horizon, Papa Roach, The Struts, Meshuggah, Architects, The Interrupters, Fever 333, Reignwolf, Grandson, and Yungblud. Tool was obviously a highlight. Bring Me The Horizon brought a massive stage set and conceptual performance that was their best effort to date. Papa Roach stole the hearts of the crowd, as they always seem to do. Jacoby Shaddix even helped the busy security crew, catching one ecstatic crowd surfer and bringing her down to safety. 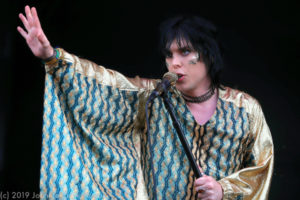 Welcome To Rockville 2019 Day 3 first appeared on Game On Media.