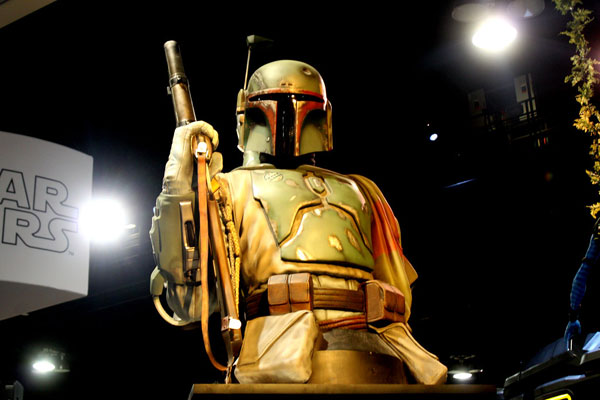 With more and more information being revealed about the upcoming Disney + streaming service fans are surely going to have a lot to look forward to when the platform is unveiled later this year. There is now news that a possible “Star Wars” spin-off featuring the character of Boba Fett could possibly be in the works.

We already know that Disney+ will be launching several new Marvel series, as well as, the previously announced “Star Wars” series “The Mandalorian” as well as a spin-off about the character Cassian Andor, who appeared in “Rogue One”. Now, if rumors are to be true, a third series about Boba Fett is now being developed after a film project about the character was ditched.

The famous bounty hunter from the planet Kamino was to get his own spin-off after Lucasfilm was purchased by Disney and the franchise was relaunched. But following the mitigated success of “Rogue One” and “Solo: A Star Wars Story”, the company preferred to put the project on hold and introduce a pause into the universe following the “Episode IX, The Rise of Skywalker”, scheduled for release on December 18, 2019. The project about Boba Fett is now reported to be back on the cards, although this time it will appear in a series format on the Disney+ platform.

The bounty hunter appeared for the first time in Episode V, “The Empire Strikes Back”. He fell into the monstrous mouth of Jabba’s Sarlacc in “Return of the Jedi”, before being retroactively added to “A New Hope”. A young Boba Fett was also spotted by Obi-Wan in “Attack of the Clones”, and the Disney+ series might focus on the period following the death of his father. We will have to wait and see, as there has yet to be any formal announcement regarding the series from Disney executives.

The post Boba Fett Spin-Off Could Becomes A Disney + Series appeared first on Age of The Nerd.