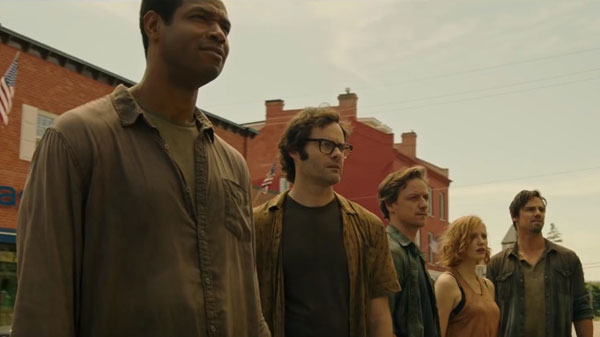 It Chapter 2 is heading to San Diego Comic-Con. Director Andy Muschietti has posted a very interesting picture on his official Instagram page. The picture is a postcard with the word “Derry” written in white. Under the word “Derry” we get the view from the inside of a large sewer pipe looking out to see the members of The Loser’s Club walking by the opening.

The next image on the Instagram post shows the back of the postcard with the words, “Come Back” scrawled out in red ink and the news that ScareDiego will once again be taking place during San Diego Comic-Con on Wednesday, July 17th!

For the past few years, ScareDiego has included cast, filmmakers, and special sneak preview footage much like what we would see in Hall H.  No word yet on if any other films will be included in ScareDiego, but it would be safe to assume that we may get our first look at some promo for the upcoming “Dr. Sleep” film as well.

The post It Chapter 2 Will Float Into San Diego Comic-Con appeared first on Age of The Nerd.