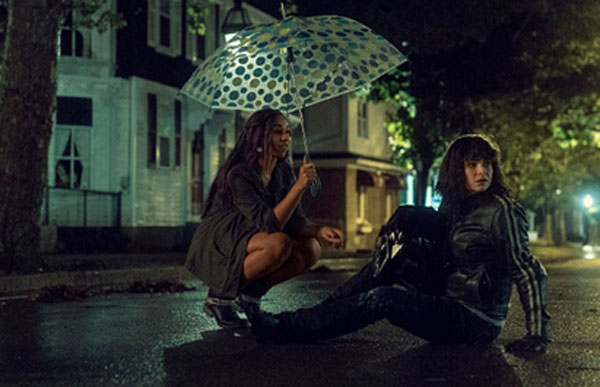 AMC’s new supernatural horror series, NOS4A2 continues on Sunday, June 9th at 10:00 p.m. ET/PT. In the second episode, “The Graveyard of What Might Be,” Vic meets Maggie, a medium with more questions than answers, while Charlie Manx visits Haverhill to seek The Shorter Way and finds that Vic’s school Janitor, Bing, is more than eager to help.

Based on the 2013 novel by Joe Hill, NOS4A2 introduces Vic McQueen (Ashleigh Cummings), a gifted young woman who discovers she has a supernatural ability to find lost things. This ability puts her on a collision course with the evil and immortal Charlie Manx (Zachary Quinto). Manx is a supernatural villain who feeds off the souls of children and then deposits what remains of them into Christmasland — a twisted place of Manx’s imagination where every day is Christmas Day and unhappiness is against the law. Vic strives to defeat Manx and rescue his victims — without losing her mind or falling victim to him herself.

What are your thoughts on NOS4A2 so far? Let us know in the comment section below!

The post NOS4A2 Continues This Sunday With “The Graveyard That Could Be” appeared first on Age of The Nerd.