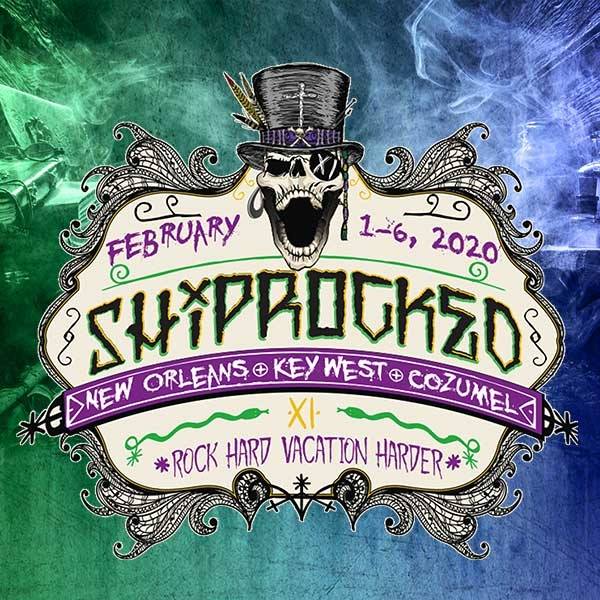 (TRR) – The ShipRocked Cruise 2020 lineup is here. Next February, hard rock giants Alter Bridge and GRAMMY-Award winners Halestorm will set sail on the eleventh installment of the floating festival. The rest of the ship’s crew will consist of Black Stone Cherry, Living Colour, Of Mice & Men, Beartooth, Bad Flower, Asking Alexandria, and others.

The Carnival Valor departs from New Orleans, LA on February 1, making stops in Key West, FL and Cozumel, Mexico. It is the first time that Shiprocked will depart from New Orleans. The trip will also feature a solo performance from Sevendust‘s Clint Lowery, a DJ set by Wilson‘s Chad Nicefield, and more.

“I always look forward to hanging with all of our friends on ShipRocked,” Alter Bridge guitarist Mark Tremonti stated. “It is definitely one of the highlights of our tour; see you all soon!”

Halestorm’s Lzzy Hale said, “The last time we were castaways on ShipRocked it was a blast! I don’t know what was more fun, the epic non-stop rock shows or just being able to party one on one with all of our super fans! We out-ran a storm, Arejay gave interviews with a rubber chicken in an elevator, we handed out free drinks to anyone who wanted them, I even got lucky…playing roulette! I can’t wait to make new memories with all of you!”

“It’s the 11th voyage of ShipRocked, so naturally we are gonna crank it up one louder! SR20 promises to deliver one of the most incredible and diverse lineups we’ve ever hosted aboard, and we couldn’t be more excited for our guests to ‘Rock Hard and Vacation Harder’ with all of our performers next February!” ShipRocked creator and producer Alan Koenig of ASK4 Entertainment said in a statement. “We’re also stoked to be sailing for the first time from the Big Easy – a city which is ready made for our ShipRocker Krewe – and to throw a proper week long Carnivàle! We’ll have dat boat brimmin’ with plenty of booze, beads and beaucoup bands, ready to Laissez les bon temps Roche…Let the good times ROCK!”