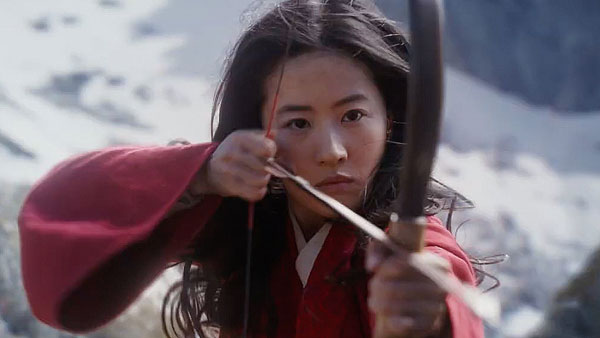 We have finally gotten our first look at the live-action remake of Disney’s “Mulan” with the release of the first teaser trailer. In the trailer, we see Mulan striving to fulfill what she knows is her destiny.

The film looks fantastic and we can hardly contain our excitement for the spring of 2020 release date!

The new movie takes us to the mountains of China (and New Zealand) for epic training scenes of the troops who master combats moves to perfection, starting with Mulan herself, more determined than ever.

Chinese star actress Liu Yfei, aka Crystal Liu, took over the role of Mulan. Like in the 1998 cartoon, while already betrothed, she changes her destiny by joining the army against her family’s wishes and the emperor’s order, played by Jet Li. Mulan dresses up as a man to defend her people against the invasion of the Huns.

The film is directed by Nikki Caro and will definitely have some differences from the original animated version with the biggest difference being that there will be no music in this live-action version of the film. We also may not see fan-favorite characters such as Mushu the dragon and Cri-Kee the cricket, as they were not featured in the trailer, but nevertheless, they could still somehow make an appearance.

Either way, we think the trailer looks incredible and we are very curious to check out the live-action remake of this classic Disney favorite. What do you think of the trailer? Are you upset about the lack of music? Sound off in the comments section and let us know what you think!

The post Mulan Trailer Arrives And It’s Amazing! appeared first on Age of The Nerd.