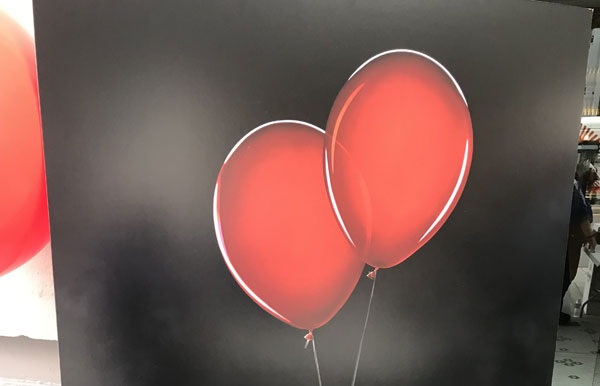 San Diego Comic-Con would not be complete without checking out the annual ScareDiego event and this year in its’ new location at the Spreckles Theater we know that we would be in for a “frightful” treat. This year thanks to New Line and Warner Bros. we got our first look at “IT: Chapter 2” with a brand new trailer that will be released later today and several clips highlight key scenes from the upcoming film.

The full adult cast of “IT: Chapter 2” was on hand along with director Andy Muschietti and the event was hosted by Conan O’Brien. It was fantastic to witness just how much this cast loves and respects Muschetti as they sang his praises throughout the evenings programs. Actor Bill Hader told us, “Andy, is great and he is the best” and actress Jessica Chastain,who prevously worked with Muschetti on “Mama”, added, “I love him [Muschetti] so much! He is one of those very strange people who are just good at absolutely anything!”

The cast even joked at one point about asking Muschetti what he wanted from a scene and him replying “I want everything!” They also teased Muschetti about his infamous fluffy hair and magic hair powder bringing in a ton of laughs.

When speaking about the physicality of the role, actor James McAvoy revealed that it was intense saying “I tore my quads and got tendonitis”.

The cast were also asked by a fan in the audience which films in the horror genre they feel should not be remade, to which actor James Ransone answered, “To the chagrin of Stephen King we should not remake The Shining”, while Jessica Chastain added, “I couldn’t imagine remaking Rosemary’s Baby, as the director was a true visionary.”

Other films that were mentioned were “They Live” and “Big Trouble In Little China”, however Muschetti said that if he could make another horror film after “IT: Chapter 2” it would be a remake of “Thewling”. Now that is something we would definitely love to see!

Being a member of the audience we were sworn to secrecy about the footage that we saw from the film, but we can say that it looks incredible! We got to see the scene in which The Loser’s Club reunite as adults in the Chinese restauant with the fortune cookies, an incredibly freaky fun house scene featuring  James McAvoy, and a scene where they all end up at Pennywise’s haunted abandoned home. We also got our first look at the new trailer.

The cast also had nothing but praise for co-star Bill Skargard, who was unfortunately absent from the event calling his acting abilities genius and terrifying.”IT: Chapter 2″ will  be releaed on September 6th!

The post Our First Look At ‘IT: Chapter 2’ At ScareDiego 2019 appeared first on Age of The Nerd.