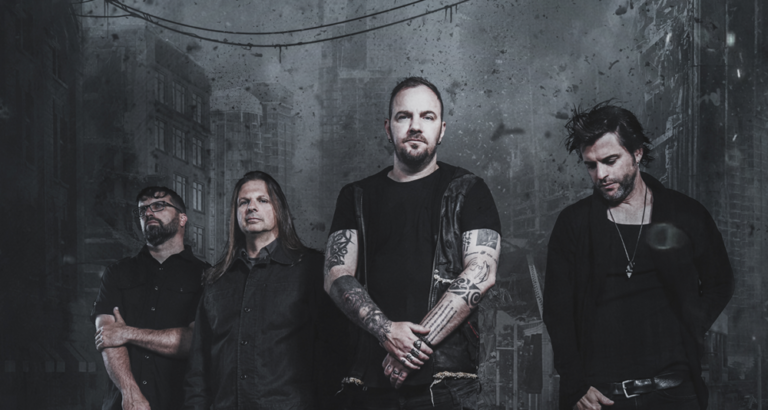 (TRR) – Saint Asonia have unleashed a brand new single “The Hunted.“ The track features a guest vocal appearance from Godsmack frontman Sully Erna. The official lyric video can be streamed below.

The single is from Saint Asonia’s forthcoming album Flawed Design. The album is due out this fall via Spinefarm Records/UMG. The band worked with producer Brian Sperber (Alter Bridge, Staind) on the record.

“‘The Hunted’ is a song about struggling to find your place in life,” frontman Adam Gontier said. “It’s a solid representation of the direction Saint Asonia is headed. I’m excited to share this with the world. And it’s an awesome bonus having Sully from Godsmack guesting on it.” “I’m very excited for everyone to get a taste of what the new Saint Asonia album is going to sound like and I think that having ‘The Hunted’ as our first single is a great representation of where the band is going,” guitarist Mike Mushok added. “It’s also a huge honor to have a longtime friend — Sully Erna, whose musicianship I’ve admired for years — be a guest on this song.”

Gontier continued, “This new album is a giant step forward for us in many ways. Of course, there’s those elements that have always been present in the music, like the heavy riffs and the vulnerability within the lyrics. But there’s also a completely new element that takes things to a different level. Our goal is to raise the bar on every record, so we’re incorporating a lot of different sounds and instruments on this one. For me, this is the best stuff I’ve written since 2005. I guess you’ll have to hear it to judge for yourself.”