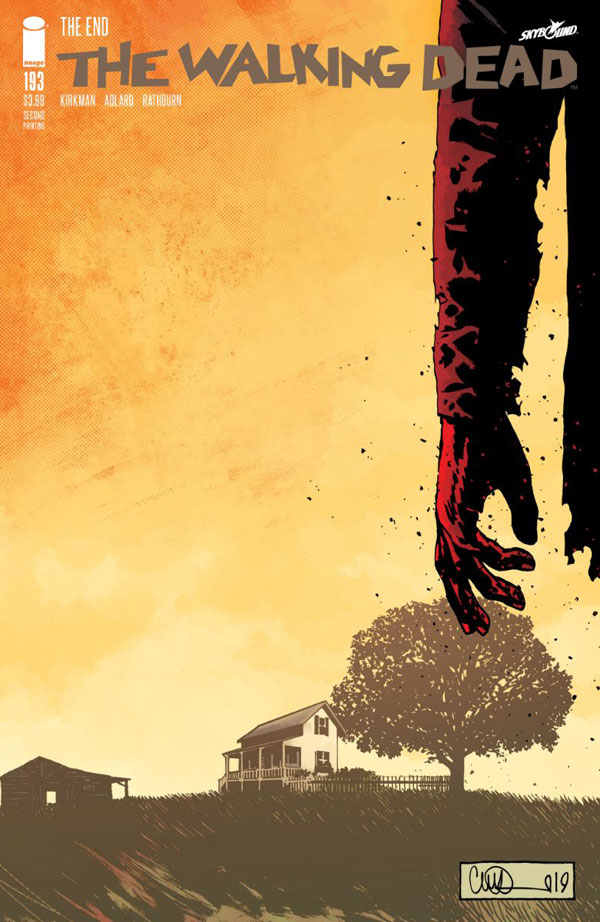 Image/Skybound is pleased to announce that THE WALKING DEAD #193 by Robert Kirkman and Charlie Adlard—which hit shelves today and concluded the long-running comic book series—is being rushed back to print in order to keep up with customer demand as the news of the book’s contents goes viral.

This final chapter in the bestselling zombie saga was hinted at by the events of issue THE WALKING DEAD #192—but kept secret and surprise-dropped with fans today.

THE WALKING DEAD #193 2nd printing (Diamond Code MAY198901) will hit stores on Wednesday, July 31. The final order cutoff for comic shop retailers to get their orders in to restock this 80-page issue is Monday, July 8.

There is no word yet on how this will affect the hit AMC show, but should be interesting to hear what the actors and actresses have to say about it when they hit San Diego Comic-Con in a couple of weeks. Have you been reading the comic? Leave comments below and tell us what you think about this shocking news.

The post The Walking Dead Comic Comes To A Shocking End appeared first on Age of The Nerd.