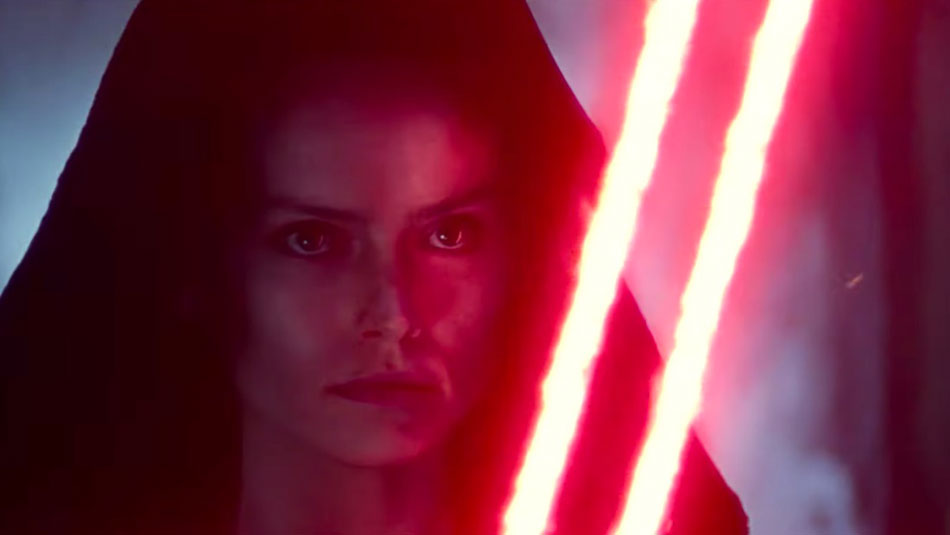 Disney unveiled a ton of news at their recent D23 convention which took place in Anaheim, California, as we learned about many of the upcoming series coming to the Disney + streaming service and what will be in store for our heroes in the Marvel Cinematic Universe, however fans were eagerly anticipating getting to catch their first look at “Star Wars: The Rise of Skywalker” and Disney did not disappoint!

While the lucky folks who were at D23 got an exclusive first look at the trailer, it has now been released for everyone to enjoy and we can’t wait!

The majority of the trailer is a nostalgic look back at the films for the past that make up the infamous trilogy, as we see Han, Luke, Leia, Anakin, Obi-Wan and Qui-Gon grace our screens, bringing back memories of the space odyssey created by George Lucas. Then comes a few unseen images, where we see the gang of rebels including Rey, Finn, Poe, Chewbacca and C-3PO.

The return of Leia may be surprising to some given Carrie Fisher’s death in December 2016, however, we had faith that they would put something together for the character. The trailer then showcases a whole series of epic images, from an incredible fleet of imperial destroyers to a bitter duel between Rey and Kylo Ren. Then the screen goes black, and we hear the voice of the sinister Palpatine, whose return was already teased in the previous trailer and on the official poster, followed by the iconic sound of Darth Vader’s breathing.

The image released by Disney shows what appears to be “Dark Rey” with a double red lightsaber in hand appearing as if she is armed and ready for battle. Has Rey really gone over to the Dark Side? Looks like we will just have to stay patient and keep theorizing until the highly anticipated film is released on December 18th!

The post Dark Rey Is On The Way! View The Trailer For ‘Star Wars: The Rise Of Skywalker’ appeared first on Age of The Nerd.