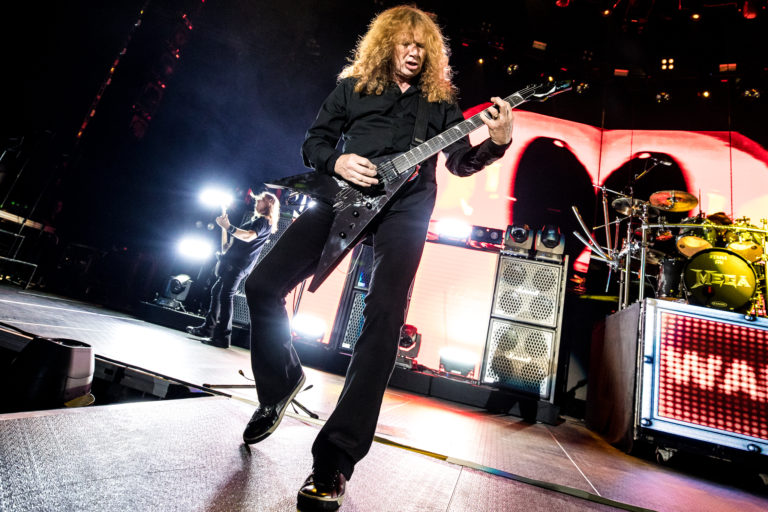 (TRR) – Five Finger Death Punch and Megadeth are plotting a world tour with special guests Bad Wolves. A new landing page – Megadeathpunch.com – has launched. So far, only two locations have been revealed – Helsinki, Finland and Stockholm, Sweden. More dates will be announced on September 9. Megadeth are setting sail on their first-ever MegaCruise this fall. The trip begins on October 13, 2019, sailing into the Pacific out of Los Angeles, CA aboard the Norwegian Jewel. The ship will make stops in San Diego, CA and Ensenada, Mexico.

Back in June, Megadeth frontman Dave Mustaine announced that he had been diagnosed with throat cancer. The singer assured fans that he had already begun “a treatment plan which [doctors] feel has a 90% success rate.”