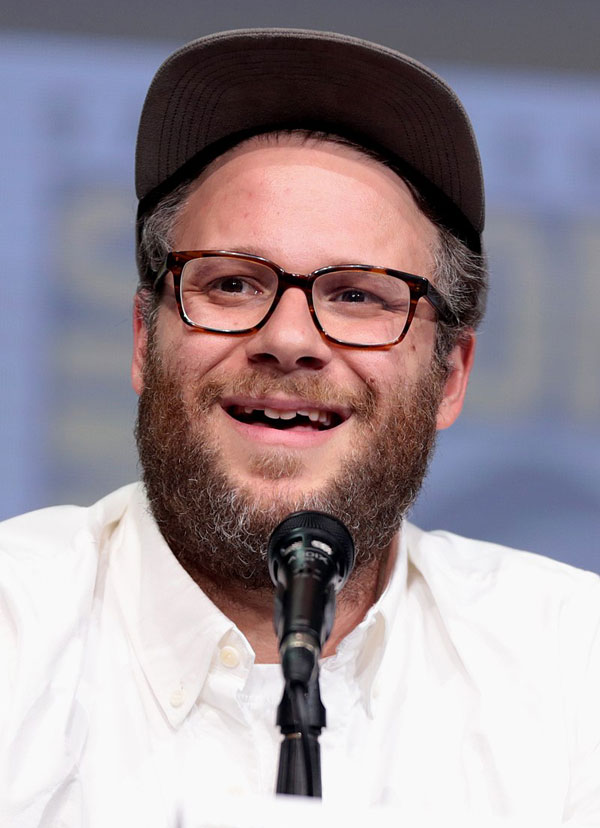 I once waved to Seth Rogen at San Diego Comic-Con where he was attending a panel for the AMC show Preacher. Rogen is an executive producer on the show and attends Comic-Con on the regular. He never waved back, but hey I tried. Preacher is on its fourth and final season on AMC and airs on Sunday nights. The series finale will air on September 29th.

Rogen seems like a likable guy, and usually plays the kind of character you would want to hang out with. In many of his movies, he plays a stoner and I would go as far as to say he’s Canada ‘s answer to Willie Nelson. Rogen might play a stoner on screen, but he is busy in front of and behind the camera. According to IMDB Seth Rogen has 95 acting credits to his name. That’s a lot of work.

Rogen is also a producer on the hit Amazon Prime show The Boys. The show revolves around a group of superheroes well that are not that nice and sometimes very evil. Out of all the shows that I came across at this past year’s San Diego Comic-Con this was the show that I knew I wanted to watch. And I was not disappointed when I had the chance to watch it. The Boy’s is now streaming on Amazon Prime. If you are a fan of superheroes and what would happen if those superheroes were bad, then you need to check out this show.

I’m really looking forward to seeing the release of Good Boys which hits theaters on August 16th. The movie revolves around three sixth-graders who ditch school and go on an epic while accidentally carrying stolen drugs, being hunted by teenage girls, and trying to make their way home in time for a long-awaited party. Rogen is a producer on the film and makes a cameo in the trailer promoting the movie.

Seth Rogen is a great actor and I look forward to what else he has in store for us in the future. Maybe one day he will wave back at me. What is your favorite Seth Rogen role?

The Good Boy’s Final Trailer is below:

The post Seth Rogen Is A Busy Guy appeared first on Age of The Nerd.