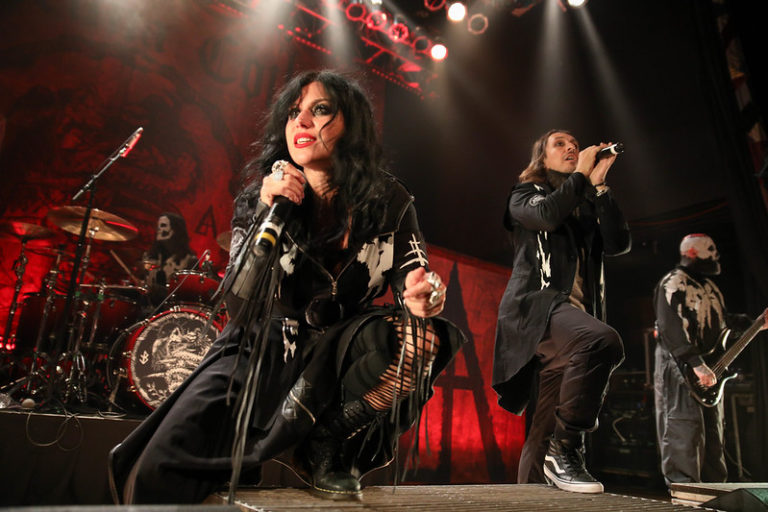 Photos at House of Blues San Diego on September 30, 2019 by Heather VandeMark. 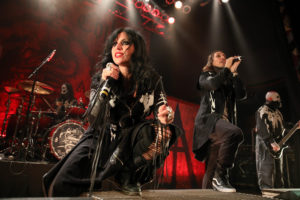 Italian Gothic Metal icons LACUNA COIL are excited to announce their new album Black Anima out now worldwide via Century Media Records. “Black Anima is all of us. It’s you and it’s me. It’s everything we hide and fiercely expose to a world that’s halfway asleep. It is the fogged mirror we are peering into searching for the truth. It’s sacrifice and pain, its justice and fear, its fury and revenge, it’s past and future. Human beings in the magnificence of a disturbing ambiguity. The black core that balances it all… as without darkness light would never exist. We proudly present to you our new work and can’t wait to welcome you in our embrace. We are the Anima”, states Lacuna Coil frontwoman, Cristina Scabbia, about the forthcoming release. 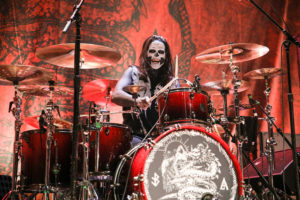 The band previously performed, recorded and released the DVD for “The 119 Show – Live In London”, to celebrate the band’s 20th anniversary. Purchase the DVD HERE. In addition to The 119 Show, the band will be playing an extended European tour with Swiss Folk Metal band Eluveitie and their friends in Infected Rain. Fans can purchase tickets to upcoming tour dates HERE. 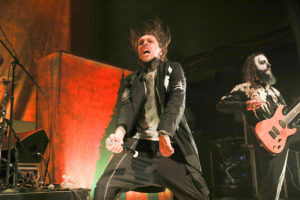 Black Anima is the follow up to Delirium (2016), which debuted at 16 Current Album Chart and #2 Hard Rock Chart. Lacuna Coil has made their mark as one of the best Gothic Metal bands with over 1.1 million records sold, 6 Top 40 Billboard 200 Charting Albums and 5 Top 10 Rock Charting Hits. The band has won international awards such as “Best International Band” (2016) and “Best Live Act” (2018) at the Metal Hammer Awards and “Best Album” (2012) at the Female Metal Voices Fest, with additional nominations for “Best Italian Act” (2006) at MTV Europe Music Awards and “Best International Band” (2012) at Revolver’s Golden Gods Awards. Topping it off, the band was the first female fronted band to co-headline Ozzfest. 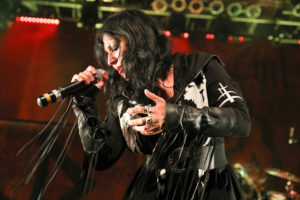