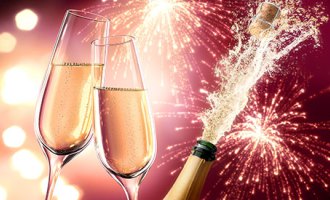 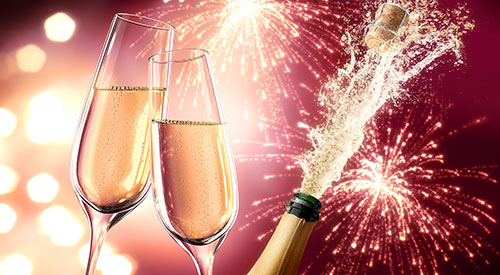 (PCM) As we gear up to ring in the New Year we got to thinking about some of the more strange and unusual customs and traditions for celebrating New Year’s Eve all over the world. Each country does something a little different. While some consist of traditional celebratory measures such as champagne toasting and making merry with family and friends others take a bit of a different approach for ringing in the New Year and ensuring a year full of good health and prosperity.

For instance, in Spain it is customary to consume 12 grapes that must be eaten at the stroke of midnight. Each grape supposedly signifies good luck for one month of the coming year. Surprisingly we have heard of this one before and even used to partake in this particular custom in our younger years.  In Colombia, people carry empty suitcases around the block once the clock strikes twelve in hopes of having a traveled filled year.

In Japan people traditionally wear a mask that symbolized the zodiac animal for the coming year and in Denmark old plates and glasses are thrown at the front door to friends and relatives homes and also everyone stands on a chair just before midnight and leaps off at midnight as a way to jump into the coming year. In South Africa, be careful whose window you are walking under as people there toss old appliances out the window at midnight.

People of Finland toss molten pieces of tin into a flame and then analyze their shapes to predict what is to come in the New Year. For example, a ring or heart shape means a wedding in the coming year whereas a pig shape means an abundance of food for the year. A tradition called “first-footing” is practiced in Scotland and it consists of whoever is the first individual to walk across the threshold of a home in the New Year needs to carry with them a gift of luck. Whiskey is traditionally used for this custom and it is celebrated all over the country.

In Estonia it is tradition to make an attempt at eating seven times on New Years Eve. This is to ensure that there will be a plethora of food for the coming year, as the myth is that if a man ate seven times, he was rumored to have the strength of seven men in the coming year. In South American countries such as Brazil, Ecuador, and Bolivia it is customary to wear new underwear to bring in the New Year. The most popular colors for the lucky New Years Eve underwear are red and yellow as red symbolized love in the New Year and yellow signifies money and wealth.

People in Argentina wear brand new pink underwear to attract love and also make sure to take their very first step at midnight using their right foot, to be sure the New Year begins on the “right foot” to be a bit cliche.  In Australia, pots and pans are banged on the street at midnight and in Chile eating a spoonful of lentils at midnight ensures a year full of wealth and prosperity. And finally in Russia, write down a wish on a piece of paper, burn it, throw it into a champagne glass, and drink it before 12:01 am.

Do your family and friends have any odd New Years Eve traditions? If so, we’d love to hear about them…leave us a comment below or on Facebook!