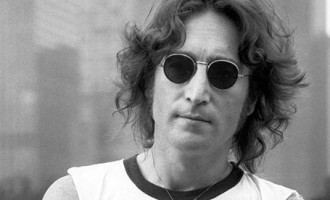 (PCM) The date of December 8, 1980 is one that is tragically etched in the minds of Beatles fans, as it is the night that musician John Lennon was shot to death in front of his New York City apartment building. Back in October, we celebrated what would have been Lennon’s 75th birthday and on this date we sadly remember that this artist’s light was extinguished far too soon.

It has been 37 years since Lennon’s life was taken by killer Mark David Chapman, who currently remains incarcerated after being denied parole multiple times, and we often sit and ponder just what Lennon thoughts would be on life as we know it today. Sadly, that question can not be answered, however just taking a look at the lyrics to his swan song “Imagine” where he questions “Imagine all the people…Living life in peace” it is safe to assume that he would have plenty to say about the current state of affairs in the world that we inhabit.

Could there have ever been a chance for a reunion of The Beatles? Would he even be making music anymore given the questionable industry standards nowadays? We will never know and while this is certainly a day to mourn the loss of a tremendous talent, it is also a day to celebrate the glorious musical legacy the Lennon has left behind. Whether it’s Beatles classics such as “In My Life”, “Let It Be” or “Because” or his solo efforts with widow Yoko Ono on songs “Imagine”, “Grow Old With Me” or “Give Peace A Chance” the spirit of Lennon’s music will live on in our hearts. His music spoke to multiple generations and continues to do so to this very day.

In 2015, thousands converged at Madison Square Garden for a Lennon tribute show, “Imagine: John Lennon 75th Birthday Concert.” The line-up of artist’s who performed at the show speaks to true impact that John Lennon had on artist’s of all genres.  Aloe Blacc, Sheryl Crow, Peter Frampton, Kris Kristofferson, Tom Morello, Willie Nelson,the Roots, and many more took part. Even Paul McCartney and Ringo Starr put in video appearances to pay tribute to their fallen brother.

Today, we live in tough times. Senseless acts of cruelty and violence seem to occur on an everyday basis, however despite not being here with us today, Lennon’s music can remind us that things can get better and perhaps one day the world truly can live as one.