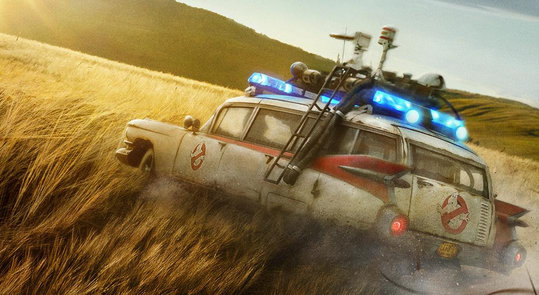 Last week the world got a taste of what’s to come with the release of a teaser trailer for Ghostbuster’s Afterlife. You can check out that out here.

Earlier today the official trailer for the movie was released. Fans of the films from the ’80s should be over-joyed after watching the trailer because we get a new original story with sprinkles of the past. In Ghostbusters: Afterlife, when a single mom and her two kids arrive in a small town, they begin to discover their connection to the original ghostbusters and the secret legacy their grandfather left behind.

The film is written by Jason Reitman & Gil Kenan. Jason Reitman is the son of Ivan Reitman who directed the original two films. Ivan Reitman will also produce. The film will star Paul Rudd, Finn Wolfhard, and Carrie Coon. It has been rumored that the surviving original Ghostbusters Bill Murray, Dan Aykroyd, and Ernie Hudson will also be in the film.

As a fan, I can’t wait to see the original cast return to the franchise and help put a heartbeat back into the franchise. Especially since the disaster that was the 2016 film. And it will also be interesting to see how they handle the untimely death of Harold Ramis (Dr. Egon Spengler) who while alive wanted to make another Ghostbusters film. What are you looking forward to in the next film? Leave a comment below.

Ghostbusters Afterlife below: The film will be released in July 2020

The post The Official Trailer For Ghostbuster’s Afterlife Has Arrived appeared first on Age of The Nerd.