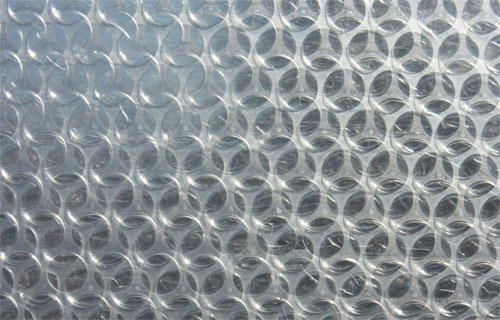 Today is Bubble Wrap Appreciation Day, held on the last Monday in January.

Whether packing boxes for moving, or using bubble wrap to protect gifts, few can resist the allure of the “pop.”  Many people pop for fun, and many more pop to de-stress. In fact, 70% of American workers would take a pay cut to ensure that they would never be stressed out on the job again.

Bubble wrap is easier to pop than to make. First, you need the right kind of film, and then suction is applied to a drum-covered layer of film with holes punched in. The film is then laminated to that the holes stick together and air bubbles are trapped. Bubble wrap was originally intended for use as a form of texturized wallpaper.

Pop away! It’s good for you!