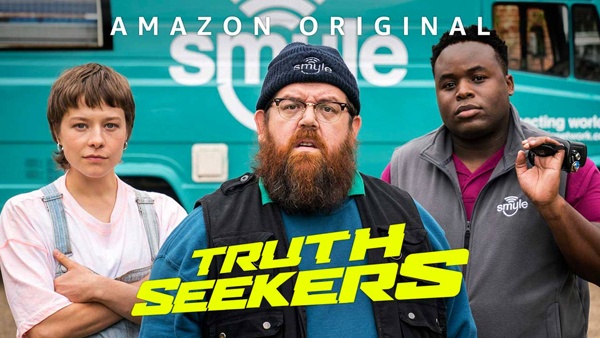 We caught our first glimpse at the upcoming supernatural comedy series “Truth Seekers” which is set to stream on Amazon Prime Video, with the release of the first teaser trailer.

“Truth Seekers” is a supernatural comedy series by Simon Pegg, Nick Frost, James Serafinowicz, and Nat Saunders. During the panel, they discuss the making of the hilarious eight-episode series about a team of part-time paranormal investigators who team up to uncover and film ghost sightings across the UK, sharing their adventures on an online channel for all to see.