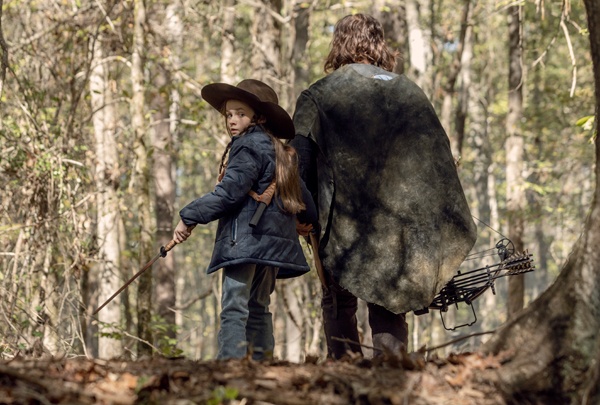 Many of us are still left on the edge of our seats waiting to learn when the release date will be for The Walking Dead season 10 finale. The wait is finally over and we have learned that the season 10 finale will air on Sunday, October 4th at 9/8c.

Showrunner Angela Kang announced an extended season 10 with six extra episodes to follow the finale and air in early 2021. Additionally, Kang confirmed that The Walking Dead Season 11 will not be able to air in its regular October timeslot, due to COVID.

You can check out an extended clip of the upcoming finale below:

A new trailer for Fear The Walking Dead season six was also revealed, as well as the upcoming release date which will be October 11th at 9/8c.

It was also noted that actor Lennie James will be making his directorial debut in season six, joining fellow cast member Colman Domingo who will be directing his third episode this season.

Domingo also announced his digital series on Youtube.com/TheWalkingDead and AMC.com, Bottomless Brunch at Colman’s, has been picked up for an additional six episodes. The 20-minute video-chat-based show, hosted by Domingo from his home in Los Angeles, taps into his favorite way to stay connected to his community of family and friends – brunch – and takes it virtual. The series returns Sunday, August 23.

You can watch the trailer below:

During the panel it was said that The Walking Dead: World Beyond will consist of two seasons!

You can watch the extended trailer below: