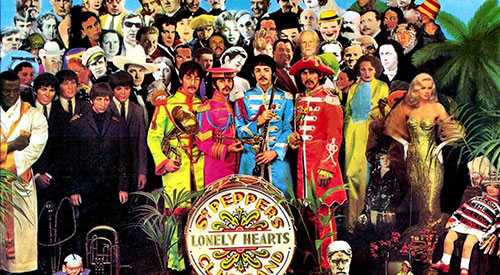 (PCM) In January of 1967 The Beatles recorded an extensive and very avant-garde 14-minute performance piece that remains unreleased even to this day. The performance is said to be titled “Carnival Of Light” and it is considered the holy grail of missing and unreleased tracks from The Beatles which die-hard fans are desperate to get their hands on!

“Carnival Of Light” is said to have been recorded for “The Million Volt Light and Sound Rave” which was held at the Roundhouse Theatre on 28 January and 4 February 1967. The lengthy track features a lot of distorted noise elements and features percussion, keyboards, guitar, vocals, and various odd sound effects. The piece has never appeared on any official Beatles release and it is said that Paul McCartney wanted to finally release the recording on the Beatles Anthology 2 which was released back in 1996, however for some reason George Harrison rejected the idea. It may have been due to the fact that Harrison, was surprisingly, not a fan of avant-garde music at the time.

It has been confirmed as recently as 2008 that Paul McCartney has the recording in his possession, but thus far anytime he has tried to release it for fans his attempt has been thwarted. As of 2016 he is still considering a release for “Carnival Of Light” sometime in the future.

According to Wikipedia, the genesis of the track came in December 1966 from designer David Vaughan (part of the designer trio Binder, Edwards & Vaughan), who had recently painted a psychedelic design on a piano owned by Paul McCartney.  About the same time as he delivered the piano to McCartney’s Cavendish Avenue address, he asked if McCartney would contribute a musical piece for The Million Volt Light and Sound Rave. To Vaughan’s surprise McCartney agreed to make a contribution. There is sometimes a disagreement among Beatles fans as to who was the person to actually design/paint the piano. They feel an artist by the name of Dudley Edwards, who was one of the organizers of “The Million Volt Light and Sound Rave”, was actually the person to paint the piano and he is not fairly credited, but keep in mind this is merely speculation.

Beatles historian Mark Lewisohn was granted access to the completed recording of “Carnival of Light” in 1987 while compiling his book The Complete Beatles Recording Sessions. In his description, the song included “distorted, hypnotic drum and organ sounds, a distorted lead guitar, the sound of a church organ, various effects (water gargling was one) and, perhaps most intimidating of all, John Lennon and McCartney screaming dementedly and bawling aloud random phrases like ‘Are you alright?’ and ‘Barcelona!'”

Dudley Edwards said that an early take of “Fixing a Hole” with a piano appeared during the song. It is unlikely that a sample of an early take was heard since the recording of “Fixing a Hole” did not commence until five days after the last “The Million Volt Light and Sound Rave”, but it is not impossible that McCartney played a few bars of the song on the track.

Some reports indicate that it is around fourteen minutes long and McCartney has said it could be about 15 minutes long. In Lewisohn’s The Complete Beatles Chronicle, it is listed as lasting 13 minutes and 48 seconds, but since there are only rumors, it’s anyone’s guess. We just hope, as huge Beatles fans, that “Carnival of Light” will come to light sometime in the next few years.

The post What Ever Happened To The Beatles Lost Recording? Will It Ever Be Found? appeared first on Pop Culture News.