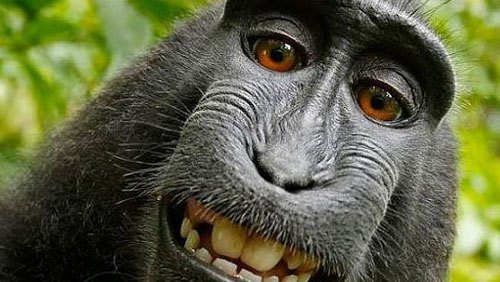 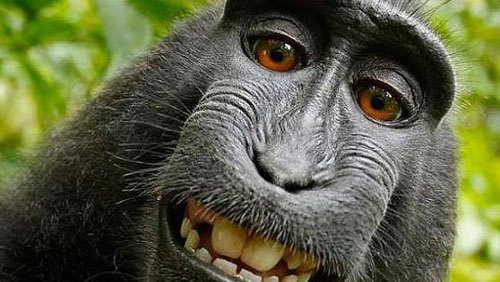 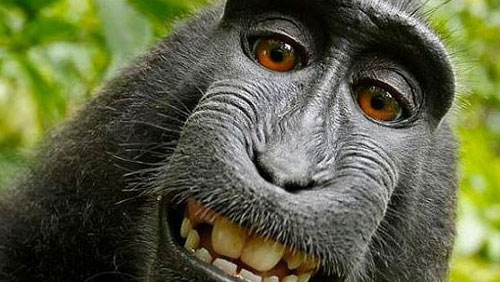 (PCM) The U.S. Copyright Office is siding with humans and has recently claimed that a photo taken by a monkey or any other type of artwork created by an animal can not be copyrighted by that animal.

The office has made an update to their rules which now explain in-depth works that are not eligible for protection. They include: “a photograph taken by a monkey” and “a mural painted by an elephant.” The office has long stated that only works “created by a human being” can be registered for copyright, but the animal examples it cites in the updated guidelines are new editions.

The inclusion of the monkey selfie example stems from a long legal battle between famous wildlife photographer David J. Slater and non-profit foundation Wikimedia. Back in 2011 a female macque grabbed hold of Slater’s camera while he was out shooting and managed to snap several adorable selfies of herself while using his camera. One photo in particular made Slater quite a bit of money and really put him on the map.

Slater discovered that the photo was included in Wikimedia Commons, which is a repository for images that are of free use to the public. He demanded that Wikimedia remove the image claiming he owned the rights to the image. Wikimedia fired back, claiming that in order to prove copyright ownership over the image you have to be the one actually taking the photo and in this case the person did not take the photo…the monkey did.

Slater later attempted to claim that the monkey was actually his assistant, but alas it seems that the Copyright Office has ruled with the side of humans and animals can not own copyrights. Since David Slater did not actually take teh picture, it is in the public domain. Anyone can use it. Bummer for Slater!