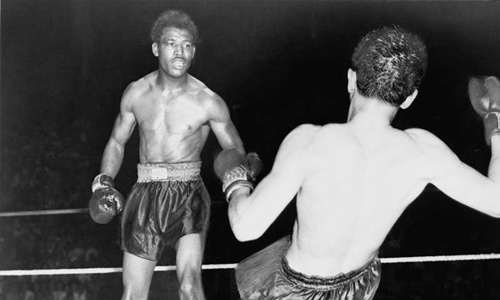 (PCM) In the year of 1947, boxing legend Sugar Ray Robinson was set to fight 22-year old boxer Jimmy Doyle for the Welterweight Championship. The fight took place on June 25th of 1947 and after being knocked out by a punch from Robinson that won the fight, Doyle never regained consciousness and died roughly about 17 hours after the fight in a hospital.

While the incident was certainly a horrible accident and certainly one of the risks in a sport like boxing, however many wonder, if based on a eerie premonition by Robinson, Doyle’s death could have been prevented.

There are various accounts as to what exactly Robinson’s premonition consisted of, however nearly all the stories that have circulated claim that Robinson had a very vivid dream on the Saturday night before the big fight that he would kill his opponent, Doyle, in the ring. In fact, the dream scared Robinson so much that he actually attempted to back out of the championship fight, but was swayed otherwise by fight promoters who did not want to lose money on the match.

The fight promoters went as far as to bring in a priest or minister (this details varies in multiple stories) to explain to Robinson that his premonition and feeling of dread was only a dream and that he should proceed with the fight as initially planned.

Ultimately, Robinson decided to go ahead with the fight and ended up knocking out Doyle with a powerful left hook in the eighth round. He won by TKO, as the bell rang at the count of nine. Doyle never ended up regaining consciousness and he was removed from the ring by stretcher and taken to a local area hospital where he later died as a result of his injuries.

There was some debate over Doyle’s immediate cause of death, as doctors did operate on a blood clot that had formed in his brain. He also suffered from respiratory paralysis. The Chairman of the Cleveland Boxing Commission claimed that Doyle was fatally injured when his head hit the floor of the ring, however the coroner claimed that the powerful blow to Doyle’s jaw and face was the direct cause for the injury to the brain.

Robinson felt terrible about the incident and set up a $50 per month trust for Doyle’s parents. When sitting outside of Doyle’s hospital room, Robinson spoke with several news outlets about the incident, hence where the dream story gets a little scrambled. A report ran in the San Jose News on June 26, 1947, the day after the fight which read:

Robinson, with a gauzy white patch over his right brow, looked up at the reported somewhat fearfully and said, “Jeez, this is awful. For three days I’ve been afraid something like this would happen.” The slender Negro champion rolled his eyes and added, “I’ve been afraid ever since I had that dream.”

Sugar Ray explained that last Saturday night, as he slept at the home of a Cleveland friend, Rodgers Price, he dreamed that he was in the ring defending his title against Jimmy Doyle. In a heated exchange, he suddenly floored Doyle, and Doyle lay there on the canvas unable to rise.

“I woke up in a cold sweat, yellin’ for Jimmy to get up – get up – get up! My yellin’ woke me up, I guess. And the sight of Jimmy lyin’ there on the canvas in the dream seemed so real that I had the jitters when I woke up. And I couldn’t go back to sleep. I just laid there, tossin’ around in bed.. And I felt lousy the next day. And in the back of my mind I felt scared every time I thought about the coming fight.”

Would you say that Robinson’s dream was an omen/premonition of what was the come or was this just an incredibly eerie coincidence? Either way Robinson definitely had a dream that sadly came true and Doyle tragically lost his life in 1947.