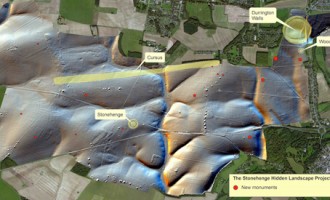 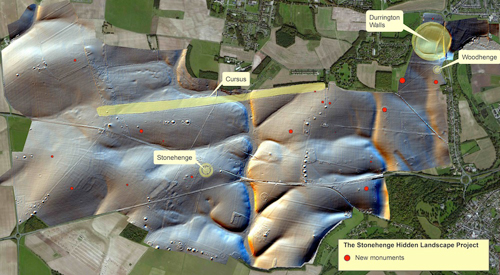 (PCM) England’s famed circle of bluestone columns known as Stonehenge has always been shrouded in mystery and now according to CNN, archaeologists have discovered that the mystery surrounding Stonehenge is even deeper than we imagined.

The archaeologists have discovered what they believe to be traces of an even larger stone formation, which they are deeming Superhenge located about three miles away from the original Stonehenge site.

The Stonehenge Hidden landscape team tells CNN that they made the discovery beneath Donington Wall also known as “superhenge” — one of the largest known henge monuments built before Stonehenge, which is believed to have been completed 3,500 years ago.

Ground-penetrating radar technology has discovered about 90 stones standing upright beneath the ground and an additional 3o stones standing in another area near the site.  The new stone structures that have been discovered are thought to be about 4,500 years old.

This will once again change the entire thought process when studying the origins of Stonehenge and further deepens the mystery surrounding it’s initial creation.