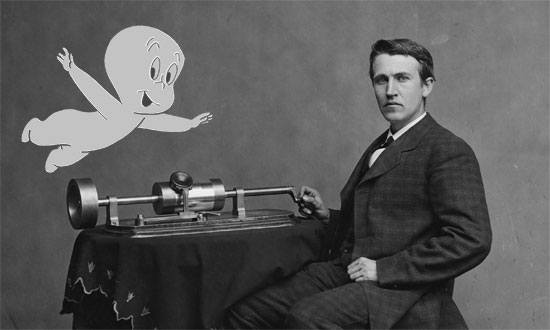 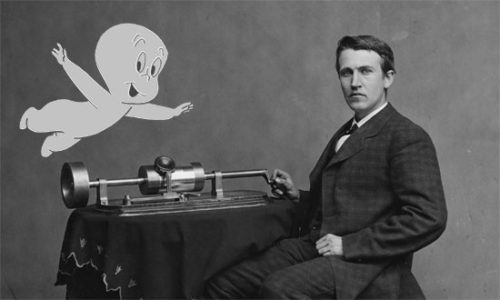 (PCM) Thomas Edison is often recognized as one of America’s greatest inventors and businessmen. He developed many devices in fields such as electric power generation, mass communication, sound recording, and motion pictures. Those devices include the phonograph, the motion picture film camera and most importantly the practical electric light bulb to only name a few. He was a prolific inventor, holding 1,093 US patents in his name, as well as patents in other countries, but did you know Edison was a bit of a prankster as well!

In the year of 1920, Edison pranked The American Magazine (and the whole world) by claiming that he had invented a phone that could contact the spirit world. He told the magazine that this new invention would not function by “any occult, mystifying, mysterious, or weird means, employed by so-called “mediums”, but by scientific methods. I am engaged in the construction of one such apparatus now, and I hope to be able to finish it before very many months pass.”

The media immediately picked up on the story and there was a frenzy surrounding Edison’s supposed “spirit phone”.  Over the years historians have chalked Edison’s idea for the invention to be a hoax as they never discovered any blueprints or prototypes for the alleged “spirit phone”, however, others feel that Edison was definitely working on some sort of invention that would allow us to communicate with those in the great beyond.

In 2015 the French journalist Philippe Baudouin found a rare version of Edison’s diary in a thrift store in France. This version includes a chapter that was not printed in the widely known 1948 English edition, called “The Diary and Sundry Observations of Thomas Alva Edison”. This missing chapter was dedicated to his theory of the spirit world, and how it might be possible to contact it. We may never know the real truth on the matter.

Edison was a highly respected inventor and the fact that he was working on a new invention that would be primarily used to contact the spirit world seems ludicrous in present-day, however during that time in the 1920’s spiritualism was all the rage and many people claimed to be able to communicate with the dead through various means not limited to electrical phone signals. The “spirit phone’s” unbelievable promise is said to have given birth to ideas in the technologies that led to inventions such as the telegraph and air flight, which were both seen as impossible until proven otherwise.

Edison mused to American Magazine that scientists studying electricity would probably be the first people to review his device. “It would cause a tremendous sensation if successful,” he said. Yet if his device failed, he added, our belief in the spirit world would wane significantly.

Edison believed that life was indestructible and that the “quantity could never be increased or decreased.” He theorized that like our bodies, our personalities have a physical form, made of tiny “entities” similar to our current view of atoms. He thought these entities might exist after humans passed away—a personality-based residue of loose memories and thoughts, containing part of who a person was during life.

If these particles existed, he reasoned, they could collect together in the ether around us. Possibly they could be amplified by his device like a human voice could be amplified and recorded by a phonograph. Edison wrote plans and theories for these devices, though whether he actually built and tested one, and to what extent, is still unknown.

The post Thomas Edison Was A Prankster appeared first on Weird But True News.