“What came first, the music or the misery? People worry about kids playing with guns, or watching violent videos, that some sort of culture of violence will take them over. Nobody worries about kids listening to thousands, literally thousands of songs about heartbreak, rejection, pain, misery and loss.” – Rob, High Fidelity (2000)

Dirge.
You may have heard the word before, but it’s more likely you’ve heard an actual dirge, a sad song on mourning.

In the simplest terms, a dirge is a song or hymn of grief and lamentation. It is a song especially intended to accompany a funeral or provide a memorial to the deceased.

The slow, solemn, and mournful aspects of dirges make it no surprise that they would be so commonly associated with funerals. The word, itself, is derived from the Latin phrase Dirige, Domine, Deus meus, in conspectus tuo viam meam meaning “Direct my way in your sight, O Lord my God.”

This phrase is the first part of a section in the Office of the Dead, a prayer cycle in the Roman Catholic Church said for the soul of a deceased. Dirge thus came to refer to this office, developing two important connotations: to direct, or rather to lead to Heaven, and a piece for the dead.

And the combination makes sense. The dirge is a song for the dead which judging by the popular and classical dirges like “O Death,” “Lyke-Wake Dirge,” and “Lament for Art Ó Laoghaire” tell the tales of death and the soul’s crossing over into Heaven. 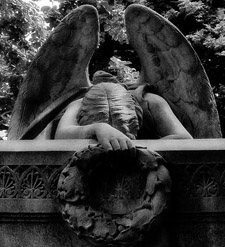 While the term may have originated in the Roman Catholic Church, dirges have been utilized throughout various times and cultures. Around 800 BC, the Greeks displayed an extensive culture of music and coined the term threnody, a different term for the same idea of a dirge. In 625 BC, the Ancient Romans also created the term nenia to describe a funeral dirge chanted alongside flutes.

The dirge, itself, also shifted in time to become a sort of poetry. Many poets wrote dirges without any music, and still others wrote dirges that would later, even posthumously, be put to music. If the mournful, memorializing sentiment was there, so were the aspects of the dirge.

While some great poets, like Shakespeare, created literal dirges, still others would write of mourning in a broader sense. Take for instance Tennyson’s “In Memoriam” written in memory of beloved friend Arthur Henry Hallam. While not technically a dirge poem due to its wide focus, it undeniably shares in dirge-like characteristics of pain, mourning, and passing on.

With so many cultures and time periods using dirges, or more universally speaking, songs of mourning, it is no surprise that we have an array of similar terms that refer to the same basic type of song and music. Words like elegy, funeral march, jeremiad, lament, oppari, requiem, and threnody all share the same basic principles: music to mourn.

While dirges are often times found within the Catholic church, they are only the most classic and formal types of dirges. But dirges are also seen in other funeral services, where they lament but are not strictly hymnal. In New Orleans, a tradition known as the jazz funeral developed with music as one of the focuses for mourning.

In African Tribes, particularly those of Kawu, dirges are used for public mourning prior to a burial but have recently seen a decline due to the transition back to more classic hymns. However, since dirges are written by real people to memorialize real people and real feelings, they often convey more apt portrayals of personal feelings of loss and mourning than the usual hymns.

Thus, in today’s culture the dirge may be defined as and continually identified with churches and funerals, but it’s not strictly that. In a broader sense, it is a song of mourning. Can it be played at a funeral? Yes. Is it often? Yes. But, it mostly is used to mourn in whatever sense it may.

‘Lightning Crashes’ by Live refers to a death, yet mentions the birth of a child, loss with a gain of unknown quantity.

“Lightning crashes, an old mother dies
Her intentions fall to the floor
The angel closes her eyes, the confusion that was hers
Belongs now, to the baby down the hall” 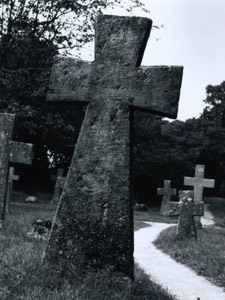 While it may not seem as strict as centuries past, the past century has seen the birth of a whole new sort of dirge. If you ask someone today what a dirge is, there are two likely responses: a blank stare or a recited definition from any English 101 class. But if you consider what dirge means, a song of mourning, you’ll find the list is never ending.

Sure, it may seem strange to listen to a song on the radio and call it a dirge, but in truth there are many songs of mourning and loss that find airplay. Think of your favorite artist; do they have any songs about death? Songs in memoriam to someone? Songs to help them mourn a loss?

The songs can be of a personal loss, like Eric Clapton’s “Tears in Heaven” written about the pain felt in the wake of his four-year-old son’s tragic death. Clapton actually stopped performing that song in 2004, because he no longer felt the loss, serving as a testament to the power and mourning that comes with each listen to a dirge. He didn’t need to mourn, so he didn’t play the dirge.

Or, the songs can be of a shared loss, like Gordon Lightfoot’s “The Wreck of the Edmund Fitzgerald” written in honor of the 29 men who lost their lives when the SS Edmund Fitzgerald sunk in 1975.

Whether it’s personal or shared, the loss and mourning communicated through the touching lyrics and somber, mournful music is universal no matter the situation. That’s what gives the dirge its power and meaning.

A dirge is solemn, somber, and mournful, but it is not limited to only particular genres. In almost every type of music, an artist can write and share some expression of grief and loss. Country, soul, pop, folk, gospel, soundtracks, rap (which after the late Tupac Shakur’s death saw a birth of what has been called “requiem rap”), instrumental, and even holiday music are all viable channels for dirges. “Stillborn” by Michelle Shocked mourns the loss of a baby.

And you’ve likely encountered them if not in your own music collection, at least somewhere in the media.

The dirge “Dies Irae” was performed, among others, by Mozart. His version has appeared in the scores of many movies including the X-Men sequel, X2. In Monty Python and the Holy Grail, monks repeat the last stanza of the song. And in Tim Burton’s The Nightmare Before Christmas, two songs, “Making Christmas” and “Sally’s Song” are based on the melody of “Dies Irae.”

The “Lament for Art Ó Laoghaire,” considered one of the greatest love poems of the Irish language, is excerpted and used as the epigraph to Hunter S. Thompson’s The Rum Diary

And many dirges are oftentimes covered. The traditional song “Just a Walk Closer With Thee” has been done by greats like Louis Armstrong (1959), Bob Dylan and Johnny Cash (1969), Willie Nelson (1996) and Charlie Daniels (2007), as well as an unreleased home recording by Elvis Presley.

The dirge “Someone to Watch Over Me” has also had it’s fair share of big name renditions, including Frank Sinatra (1946), Barbara Streisand (1965), Sting (1999), Rod Stewart (2003), Amy Winehouse (2008) and has been featured several times on the television show American Idol by contestants like Katherine McPhee and Allison Iraheta and other series, including The Secret Life of the American Teenager, Battlestar Galactica and Fringe. It is also sung in the latest remake of Fame (2009)

And the haunting dirge “O Death” has been featured in the film O Brother, Where Art Thou? and several inclusions in the television series Supernatural.

Still unconvinced you haven’t encountered a dirge at least a time or two? Check the lists below. You may be surprised at how many you recognize. Even in the more classical dirges, you may not know them by name, but many are unforgettable by ear.

Little Bits to Help You Understand the Classic Dirges:

Lyke– an antiquated term for dead body. Still used today in “lych-gate,” the entrance to a churchyard where bodies are often placed before burial.

Nänie– Roman goddess of the funeral

Dies Irae– “The Day of Wrath”

Queen Mary II– The Stuart Queen Mary II was born in April 1662 and became joint King and Queen with her husband William in 1689. She came to reign after her Catholic father, King James II, was deposed in the Glorious Revolution. She died in December 1694 of smallpox. Both “Funeral Music for Queen Mary” and “The Queen’s Epicedium” were written in her honor.

Admiral Nelson– Horatio Nelson, born September 1758, joined the Royal Navy in 1771 and is best known for his role in the Napoleonic Wars. His victories prevented France from invading Britain and kept control of the seas in British territory. He died in October 1805 at the Battle of Trafalgar, a British Victory. “A Grand Dirge” was written specifically for Nelson’s funeral. 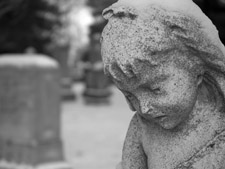 Classic Dirges (In No Particular Order):

From Whinny-muir whence thou may’st pass,

Every nighte and alle,

To Brig o’ Dread thou com’st at last;

And Christe receive thy saule.

Day of wrath and doom impending

When from heaven the judge descendeth

On whose sentence all dependeth.

When God is gone and the devil takes hold

Who will have mercy on your soul?

In the Sweet By And By

In the sweet by and by

We shall meet on that beautiful shore.

Just A Closer Walk With Thee

Just a closer walk with Thee,

Grant it, Jesus, is my plea.

Someone To Watch Over Me

I’m a little lamb who’s lost in a wood

I know I could always be good

To one who’ll watch over me

Instrumental piece comprised of four movements; the third movement is typically referred to as the “funeral march”

He cometh up, and is cut down like a flower;

he fleeth as it were a shadow,

and ne’er continueth in one stay.

Oh! the delight and wonder of their eyes!

She’s gone, and never must return:

Their star is fix’d, and shines beyond the skies.

Threnody for the Victims of Hiroshima – Penderecki

Low, they are weeping, the gods, behold,

Every goddess is weeping

For the beautiful fades, for all the perfect must die.

For my enemy is dead, a man divine as myself is dead,

I look where he lies white-faced and still in the coffin – I draw near,

Bend down and touch lightly with my lips the white face in the coffin.

Dirge Poems (In No Particular Order):

Man Was Made to Mourn: A Dirge – Robert Burns

The post What Is A Dirge? – Mourning Songs in Music appeared first on Weird But True News.