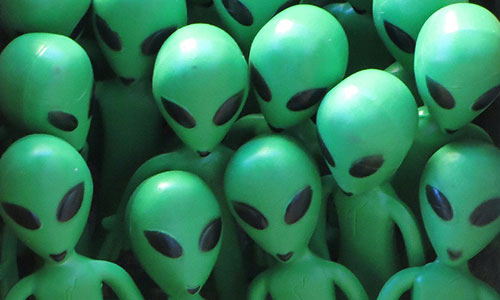 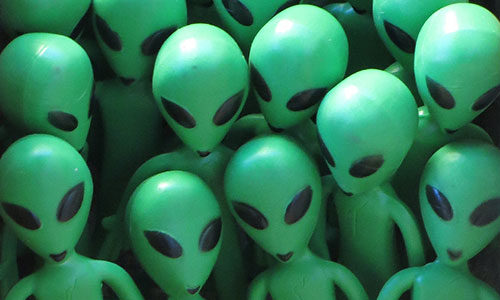 (PCM) One of the biggest conspiracy theories out there is just what happens at Area 51, the governments top secret military base located in a remote area of the Nevada desert. Area 51 is a United States Air Force facility and is a remote attachment to the more publicized Edwards Air Force base. Area 51 has always been shrouded in secrecy, leading many to believe that it is the place where the government is conducting experiments and testing on things, such as extraterrestrials, that they don’t want the public to know about!

The first references to Area 51, if it actually exists, were made back in 1952, which is when the military base supposedly first opened.  According to the Central Intelligence Agency (CIA), the correct names for the facility are Homey Airport and Groom Lake although the name Area 51 was used in a CIA document from the Vietnam War era. The base has also been referred to as Dreamland and Paradise Ranch, as well. The special use airspace around the field is referred to as Restricted Area 4808 North (R-4808N).

Currently, the primary use of the base it’s facilities is not publicly known, however many speculate that it is used for extensive weapons testing and the development of experimental air crafts. Area 51 has never officially been declared a secret base, however all of the research and occurrences around the area have been declared to be Top Secret.  In June of 2013, following a Freedom of Information Act request filed in 2005, the CIA publicly acknowledged the existence of the base for the first time, declassifying documents detailing the history and purpose of Area 51. However much of the information revealed was still relatively vague.

What is known about Area 51 is that it is used by the government to test experimental weaponry and air crafts mainly due to it’s remote location, that is about all that the government will officially confirm. The theories that Area 51 is used for government attempts to re-engineer alien spacecrafts, clone an alien species, or even film a fake version of the 1969 moon landing are nothing more than speculation and the government refuses to confirm or deny any of these allegations. According to HowStuffWorks.com, “The base itself occupies only a fraction of the more than 90,000 acres (36,000 hectares) it sits on. It consists of a hangar, a guard shack, a few radar antennas, some housing facilities, a mess hall, offices, runways and shelters. The shelters are “scoot and hide” buildings, designed so aircraft can quickly move under cover when satellites pass overhead. Some allege that what you can see on the surface is only a tiny part of the actual facility. They believe that the surface buildings rest on top of a labyrinthine underground base.

Others claim the underground facility has up to 40 levels and that it is attached via underground railways to other sites in Los Alamos, White Sands and Los Angeles. Skeptics are quick to point out that such a massive construction project would require an enormous labor force; the removal of tons of earth that would have to go somewhere and there would be a need for a huge amount of concrete and other construction material.”

All we really know for sure is that the government absolutely doesn’t want us to know what they are working on within this mysterious area. It is not accessible without top level security clearance, as well as, special invitation from high ranking military and intelligence communities. They only way for the general public to even catch a glimpse of Area 51 is to climb to the top of Tikaboo Peak which is about 26 miles away and you may be able to see the twinkling of runway lights and a plane taking off and that’s about it. All other vantage points of the facility have been seized by the government and closed off to the public. Everyone who works at Area 51, whether military or civilian, must sign an oath agreeing to keep everything a secret. Buildings at the site lack windows, preventing people from seeing anything not related to their own duties at the base.

While there are no fences that surround Area 51, the infamous “cammo dude” patrol its’ perimeters. These “cammo dudes” have shown up in various YouTube videos shot by amateur investigators and appear to be non-military security personnel hired to keep the facility secure and to intimidate trespassers away. It seems to work, because they are definitely some scary dudes. There are also orange and white signs posted along the perimeters that warn trespassers about entering the grounds and claim that security can use “deadly” force if necessary to keep them away. Definitely make you wonder just what they are doing out there, that is so secretive?

Let us know your theories on Area 51? Is the truth still out there?

The post What Really Goes On At Area 51? appeared first on Weird But True News.