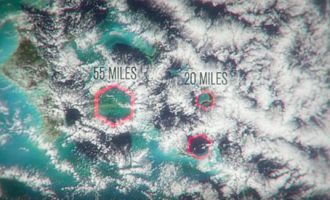 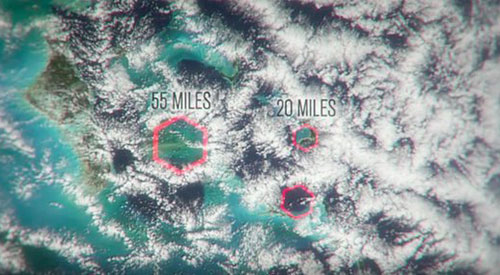 (PCM) Some meteorologists say no, however new evidence was discovered claiming that hexagonal clouds which create “air bombs” with up to 170 mph winds may to blame for the dozens of ship and airplane disappearances in the region. The mysterious 500,000km square region in the North Atlantic Ocean has been linked to the strange disappearances of approximately 75 airplanes and hundreds of ships that were assumed lost at sea and never heard from again.

New research done by a group of scientists claim that they oddly shaped hexagonal clouds which form over the Bermuda Triangle could be the catalyst behind all of the mysterious disappearances over the years. The winds created by these special cloud formations can create winds that reach 45ft high and are incredibly strong. The scientists feel that it is various weather phenomena is truly behind the mysteries of the Bermuda Triangle.

Over 1,000 lives have been lost in the Bermuda Triangle in the last 100 years and on average, four planes and 20 ships go missing every year. Those are some eye-opening stats!  While scientists may have solved the overall mystery behind the Bermuda Triangle, they still have not revealed any way to remedy the issue other than just avoiding the area all together.

The post Could The Mystery Of The Bermuda Triangle Finally Be Solved? appeared first on Weird But True News.