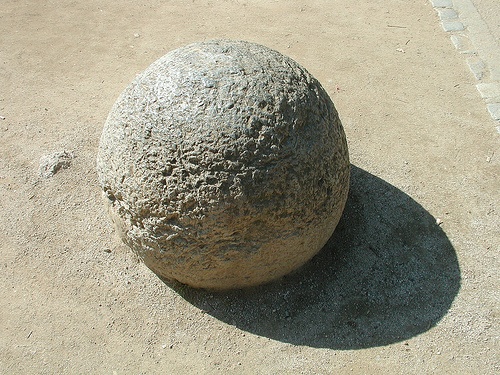 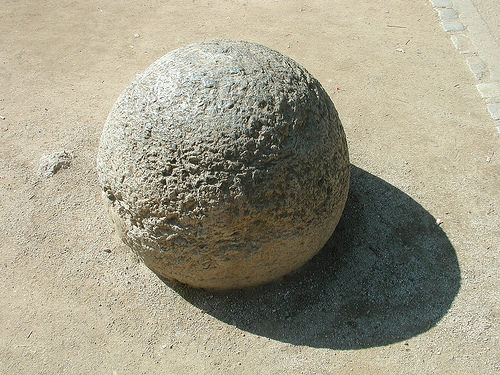 What:
Over three hundred spheres of varying size (ranging from a few centimeters to 2 meters in diameter) scattered throughout the island. The largest weigh 30,000 pounds. Most are made of basalt (volcanic rock), but some are made of limestone or sandstone. They date back to approximately between 200 BC and 1500 AD, and the locals call them Las Bolas.

They were discovered in modern times in the early 1930s, by employees of the United Fruit Company, while preparing new banana plantations. Some were blown up, probably in search of the gold that had been rumored in the Americas since it was discovered by Europeans in the sixteenth century.

The ‘ancient’ locals said that the stone spheres were “Tara’s cannon balls”. Tara (Tlatchque) was the god of thunder and used a giant blowpipe to shoot the balls at the Serkes, gods of winds and hurricanes, in order to drive them out of that land.

Many of the stones have been moved from their original locations. 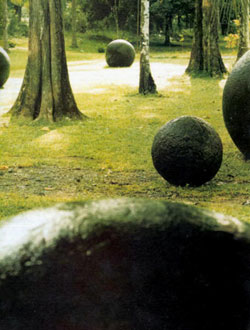 The Mystery:
Who made the spheres is still unknown, as is the purpose they serve. The exact age of the stones is unclear, and they have undergone centuries of wear and tear, so it is remarkable that they are still very circular. They are most likely man-made, but some claim that they could be natural formations. Some of the stones have been blasted apart by people hoping to find something hidden inside, but so far, nothing has been found. Some theories suggest that the stones may have served as some sort of marker, celestial or religious.

The Most Outrageous Theory:
Some believe that humans did not have the capacity to make the near-perfect spherical shape of the stones without some sort of undiscovered technology, and that they must have been created with the help of aliens.

The Reality:
They were carved, by human hand, in all likelihood.