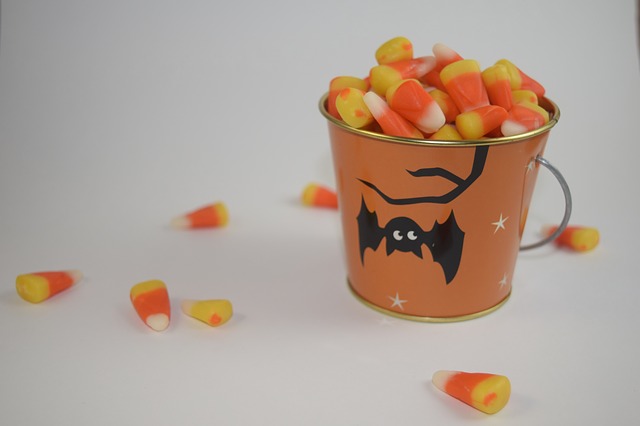 (PCM) As the Halloween season approaches each year many children begin to think about what types of costumes they will be donning and begin to plan which neighborhoods to visit in hopes of getting the best candy when heading out for trick or treating.

For many, many years children have been gallivanting around neighborhoods dressed up in costumes that range from ghosts and witches to superheros and cartoon characters, knocking on doors and requesting treats, but just where did the tradition of trick or treating actually originate and how has it changed over the years.

The first mention of the term “trick or treat” dates back in 1927 when the earliest known reference to the term was published in the November 4, 1927 edition of the Alberta Canada Herald, where there was an excerpt in an article which read:

Hallowe’en provided an opportunity for real strenuous fun. No real damage was done except to the temper of some who had to hunt for wagon wheels, gates, wagons, barrels, etc., much of which decorated the front street. The youthful tormentors were at back door and front demanding edible plunder by the word “trick or treat” to which the inmates gladly responded and sent the robbers away rejoicing.

They believed that at the end of the year the spirits of the living and the dead would overlap and demons would then be free to roam the earth. The Celts felt that if they dressed up as evil spirits and passed by a real evil demon then they would be spared because the demon would actually believe they were one in the same.

In later years the Catholic Church adopted the Halloween or All Hallows Eve holiday, also referenced as  All Saints Day, and people began dressing up as angels, saints, and demons as well. Various version of trick or treating existed throughout the Middle Ages where children and destitute adults would dress up in costumes and beg from door to door for food or money, in exchange for songs and prayers that they claimed was on behalf of the dead.

The tradition of trick or treating in the United States as we know it today did not begin until the 1920’s and 1930’s and has continued till present day. Trick or treating became firmly established as a part of pop culture when it was depicted in a “Peanuts” comic strip back in 1951 and then in 1952 Walt Disney produced a short animated bit called “Trick or Treat” featuring Donald Duck and his nephews Huey, Dewey and Louie.

Pranks became a very common Halloween time activity for youngsters and they would often cause excessive amounts of damage, so it is thought that as a way to create some kind of order from the chaos organized trick or treating was put into place by various communities trying to cut down on the pranks. The only time trick or treating took a short break was during World War II when sugar rationing was a must and candy could not be given out.

While trick or treating is still a very prevalent custom, the way in which children take part in custom has drastically changed over the years, most due to society and parents fears for the safety of their children. In years past, children were allowed to run door to door in their neighborhood trick or treating with little to no supervision from their parents, however with new fears of child abduction and treat poisoning cases parents are far more cautious about letting their children out of their sight.

Some parents still take their children around door to door, however the new concept of “Truck or Treat” is quickly becoming the new norm. Trunk-or-treat events bring Halloween to parking lots where kids go from car to car and get candy. They’re popular at schools, churches, in rural areas where homes are far apart, and in places where trick-or-treating isn’t safe.

It is a shame that it has come to the point in society where we really can’t trust one another anymore. If this trend continues we may see traditional trick or treating as a thing of the past.

The post The History Of Trick Or Treating And How It Adapted To The Modern Age appeared first on Pop Culture News.